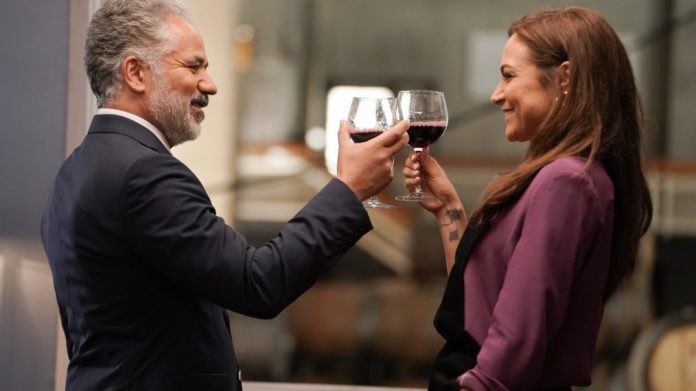 Look no further than Promised Land for your next engrossing, twisting, and bubbly family drama. ABC‘s newest drama fits into the network’s fabric, which has long been known for wonderful family-focused and soapy primetime dramas.

Promised Land Is A Delicious Delight

The plot of Promised Land is divided into two parts: the first follows a group of undocumented immigrants as they make their way into the United States and find work on a vineyard, while the second looks at the family at the helm. In the migrant narrative, Carlos (Andres Velez) and Juana (Katya Martin) meet under perilous circumstances and form a friendship to help each other on their trip. The Sandoval family enjoys a life of affluence on the same vineyard, in stark contrast to Carlos and Juana.

There’s a lot of drama in Promised Land. From a Succession-style hit-and-run tragedy that threatens the destiny of the daughter seeking to be chosen the future CEO to a grassroots inquiry into who precisely Joe Sandoval is, everyone has a secret that might bring the Sandoval family to its knees. The only kid appears to be uninterested in the family company, on the other hand, has a terrible drug problem, and Lettie takes consolation at the church where her ex-husband is a priest. Bellamy Young, well known for her role in Scandal, plays Joe’s ex-wife, and she’s delightfully devious, joining up with her son, who is two-timing his father Joe.

The most powerful performances in Promised Land come from Martin and Velez, who portrays the paradox of strength and sensitivity as immigrants seeking a better life. Suárez is convincing as Lettie, a matriarch dealing with her family’s troubles.

Promised Land understands exactly what it is and isn’t afraid to embrace those feelings. While the first two episodes made available to critics contain some old and repeated plot themes, the program is entertaining and engrossing enough to stand on its own. The fact that it is based on a huge core family with a rich past and backstory just adds to the appeal: there is more than enough wine left in the bottle to keep viewers intrigued.