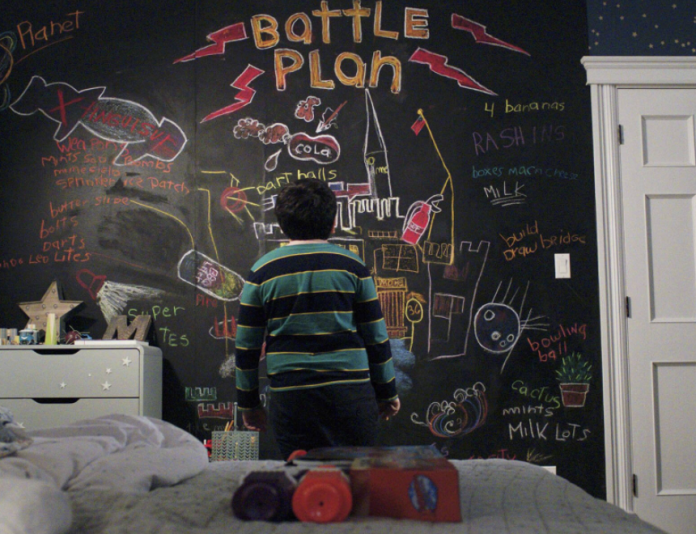 It was an unorthodox setup 30 years ago that led to an unlikely hit that would end up grossing close to half a billion dollars; one billion by today’s standards. It appeared that that Home Alone was destined for a string of sequels. Home Alone 2 followed in quick succession. Home Sweet Home Alone comes as the 6th part in the Home Alone franchise.

The film opens with the Fritzovskis, Pam, and Jeff, trying to sell their home as Jeff is out of a job. It is a piece of news that they want to keep to themselves and not reveal to their kids as they do not want to snatch their home from them. They are soon joined by the almost rich brother with his family.

Max, the kid in Home Sweet Home Alone, begins by throwing a series of tantrums that continues for quite some time. There is some misunderstanding when Jeff assumes that an expensive heirloom has been taken by Max.

Pam and Jeff begin the journey to get back the heirloom from Max, which they believe was stolen from them. This is where Home Sweet Home Alone is quite different from the previous editions.

Home Sweet Home Alone has something to offer to both kids and adults with its old cartoons and OJ Simpson jokes.

Home Sweet Home Alone is a surprisingly entertaining fare due chiefly to its sharp use of humor.

Though the review has been unkind, there is a commendable sense of courage and determination. But in a brave attempt to add a dash of new elements to the iconic movie, the makers here have hopelessly failed to retain the shine of Home Alone.

Kemper and Delaney fail at their punch lines despite their frenzied energy and zeal. The film finally ends as both families find their sweet home, but it lacks an impact.

Home Sweet Home Alone is finally an adorable drama, but it is not funny enough to leave you in splits.

Kanye West Apologizes To Wife Kim Kardashian West On Twitter: ‘I Did Not Cover...

Gov. Gavin Newsom Gives Approval To Bill That Restricts Use Of Rap Lyrics

Gavin Newsom has signed a bill restricting the use of lyrics in trials. That would ease some of the pressure that musicians, especially Black,...

Donald Trump Hits Out Wildly At Mitch McConnell With A Month To Go For...

Mitch McConnell appears to have riled Donald Trump in the past week. And this time the maverick former president made no secret of his...