The trailer of the upcoming movie, Jackass Forever, is finally out. The last Jackass movie that came out was in the year following 2010. That was the time when viewers loved watching the quality entertainment that was delivered by Johnny Knoxville, Steve-O, and the entire crew. And the sequel is set to drop just in the most perfect time. There can be no more appropriate time to watch a bunch of grown men in the behavior of 8-year-old children.

Jackass Forever With The Same Energy

It has been reported that Jackass Forever will hit the cinemas on the 22nd of October. In the trailer of the upcoming movie, they have tried to make a conversation with the viewers. They are asked about the time when they last had a proper laugh with their old friends. The trailer also reveals snippets from the last Jackass movie. And then they try to give an idea of what the upcoming movie is all about. Knoxville can be seen performing a flying stunt after getting shot by one of the cannons in Jackass Forever.

One of the most exciting news about the Jeff Tremaine-directed film is that it includes 90% cast from the prequel. The actors include Wee Man, Chris Pontius, Dave England, Preston Lacy, and Ehren McGhehey. And the new actors involved in Jackass Forever are Eric Manaka, Sean McInerney, and Zach Holmes. The one actor who did not make his return in the film is Bam Margera.

There is a restraining order filed against him by the director of the film, Jeff Tremaine following an incident that took place in the American television series, Viva La Bam. points cracks a joke in the trailer about getting mature as they get older which is viewed ironically as the scenes reveal that the antics are as wild and fun as in the prequel.

Kevin Looney Of The Warriors Will Be Out Of Commission For A Couple Of...

The Most Effective Strategy for Profitable Investments

$2000 Stimulus Check Got Rejected By The Senate Republicans 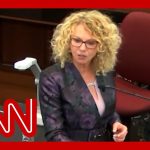 A sentence uttered by a defense attorney in the trial of those accused in the killing of Ahmaud Arbery brought an audible gasp from...