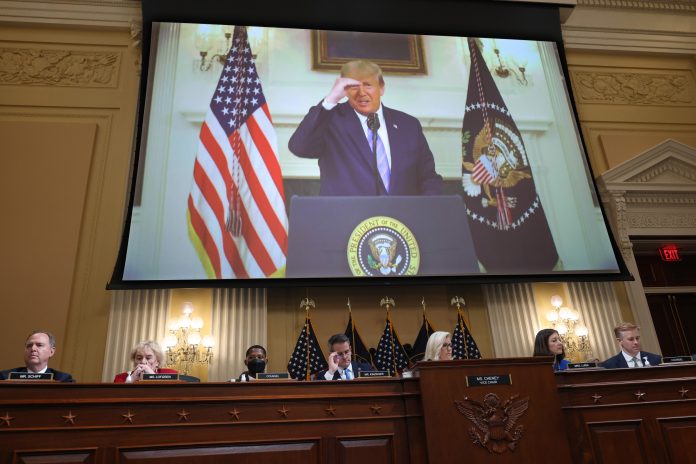 The select committee looking into the January 6 attack on the Capitol will use its latest hearing to go after several lawmakers who have expressed support for the rioters but were seen terrified in videos hiding behind policemen. Jan 6 Committee members have revealed that these members have since downplayed the severity of the attack.

The source added that lawmakers could expect severe humiliation and exposure in the future. The new hearing also featured new evidence on video.

The main part of the Jan 6 Committee’s latest meeting focused on Trump’s action leading up to and mainly during the riots themselves. The former President instigated the rioters and refused to pull them back despite requests from some of his senior party members.

The Jan 6 Committee will also look into whether he took any steps as the President of the nation to contain the rioters when lawmakers were desperately fighting for their lives.

The Jan 6 Committee has changed tack and plans to use footage and photos to expose the Congressmen close to Trump who was terrified during the attack on a fateful day by later trying to paint a more benign picture of the events. Representative Andrew Clyde pushed the big lie and whitewashed January 6 events later.

70% of the Republican Party continues to believe that Biden did not legitimately win the elections. More and more Republicans are realizing that if they choose to endorse the obvious truth that Biden won the elections, they are likely to be isolated within their party and find themselves out of a job.

Chicago Teachers Union Made Their Mayor Look Like A ‘Laughingstock’