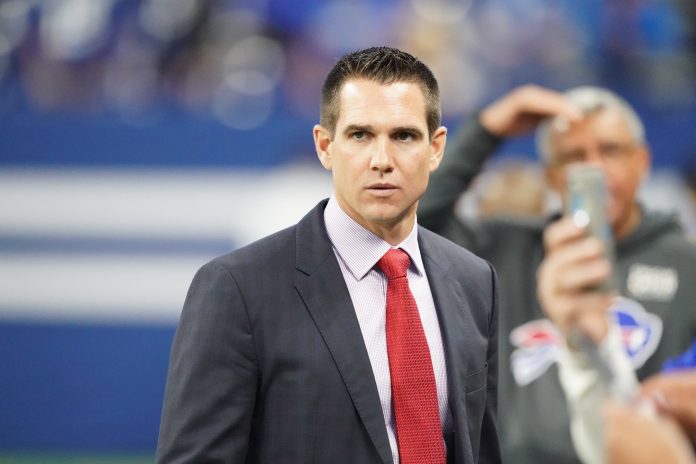 Joe Schoen was announced the new general manager of the New York Giants, on Friday morning. Following Dave Gettleman’s resignation, the Giants have spent the previous week hunting for a new general manager. The squad also let go of head coach Joe Judge after only two seasons, as the team failed to make any progress.

Schoen takes over the front office after Dave Gettleman announced his retirement as the team’s Senior Vice President and General Manager last week, following a 4-13 season in which head coach Joe Judge was removed from his responsibilities.

The former general manager has been chastised over the previous two seasons for making bad decisions when it came to putting together a competitive club.

Joe Schoen will almost certainly be involved in the hiring of a new head coach for the New York Giants.

Schoen was viewed as the most probable hire by the Giants‘ die-hard fan base. Fans believe that he will bring fresh culture and direction to a franchise that the team desperately needs.

Joe Schoen has been the Buffalo Bills’ associate general manager since 2017. He collaborated with Bills general manager Brandon Beane to build a Bills roster that ended the team’s 17-year postseason drought.

The 42-year-old new general manager began his career in the National Football League as a ticket office intern with the Carolina Panthers in 2000 and has steadily risen the ranks over the previous two decades. He was formerly a member of the Miami Dolphins player personnel staff before joining the Buffalo Bills in 2017.

The New York Giants think Joe Schoen’s expertise, not only as an assistant general manager but also in analytics, communications, and football operations, will provide him with the entire understanding necessary to rebuild the New York Giants after a turbulent few seasons.

Vaccine Mandates Introduced In Most Parts Of The Country

Parents Who Have Missed On The Child Tax Credit Of 3600dollars Will Have Time...

City’s proclamation requiring face masks in stores and restaurants is amended after threats of...