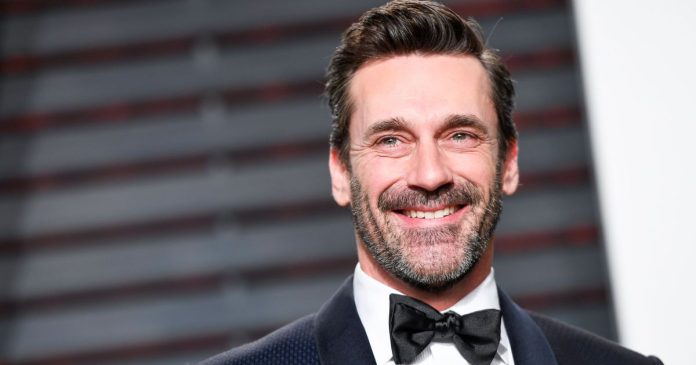 Jon Hamm does not like to be left out, especially if Hollywood’s boarding the Apple train without him, which he made clear in an ad that would make Don Draper blush.

The smooth-talking actor is featured in a new campaign from Apple TV+ that made its debut this weekend during primetime NFL playoff coverage. The consensus seems to be that it was a good spot. Even more illuminating, Jon Hamm is pretty freaking funny!

The commercial shows Jon Hamm hanging out at home on the couch and surfing through Apple TV+’s many offerings. Jon keeps scoffing at the fact that there are all these celebs plastered on the screen, but no sign of him anywhere.

He then asks the camera if he did something to offend Apple. He goes on to pitch himself as someone worthy of a show or movie, like all his famous pals seem to have these days, and even makes a fake phone call to Tom Hanks, which is hilarious.

Apple hits the point home. They have got all the stars on their roster except one, that is. Of course, by hiring Jon Hamm for the ad, they nabbed their man in the end after all. A very clever move indeed.

As said earlier, the commercial is a big hit and even went viral Saturday. Many asserted that the ad was Super Bowl-worthy, even though the game is still weeks away. And as for Jon’s comedic chops, well, that sorta took people aback as well, since he is a big drama (genre) guy.

TWTR Has Been Given A Rating Of Hold By Brokerages

USMNT Are On The Way To The 2022 World Cup, Robinson Scores The Winner

Key Aspects of Preparing a Soccer Team For the World Cup