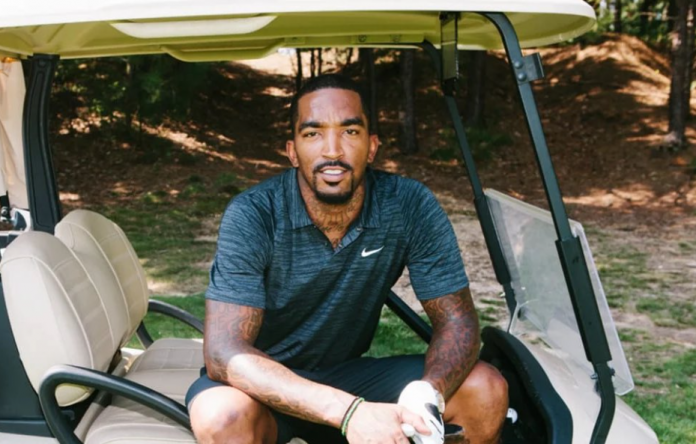 The NBA shooter JR Smith is on his way to be a college golfer.

The NCAA has allowed the NBA veteran to play for the North Caroline A&T Uni. His amateur status was reviewed and the association cleared him on Tuesday.

JR Smith ha enrolled in the same school to pursue his interests in liberal studies. His classes have begun but now he is eligible to play college sports for the first time. He was supposed to play basketball for North Carolina under the guidance of Roy Williams but chose to play in the NBA instead. He was drafted as the 18th player, picked by the Hornets in 2004. This was the penultimate draft allowing high school players to play in the big leagues.

JR Smith And His Journey Back To College

JR Smith will have a reversed journey back to college and has been congratulated by the best, LeBron James, who was his teammate in the Cavaliers and the LA Lakers.

JR Smith is considered to be a good golfer and holds a 5 handicap in the last 12 years. His golfing career began with a brilliant spark when he showed his skills at an NBA charity event.

Moses Malone had held a gold tournament and Smith was invited to play on it. He felt shy and kept roaming around on his cart. He was pursued by Moses who told him to play golf. It was then that Smith hit the ball 300 yards dead center. The first hit was as perfect as it could be and he claims to have the same form, to date.

The 35-year-old NBA star will have to go through his books before he can begin his new career and has begun to tweet his English homework. Not many NBA stars can do such a thing but it seems that the Universe had played a major role in the life of JR Smith to turn him into a college golfer.