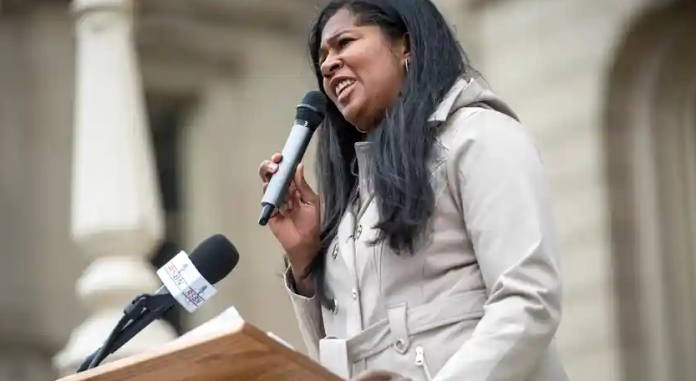 Trump validated candidate Kristina Karamo, running for Michigan’s Secretary of State, had termed abortion as a satanic practice and compared it to child sacrifice. She said that abortion was nothing new and was not different from child sacrifice.

Kristina Karamo is among many wacky candidates endorsed by Trump since he disgracefully left office in 2020. The GOP nominee for Michigan had spoken in an episode in her podcast that was unearthed by CNN.

Her absurd opinions about abortion were part of It’s Solid Food, her podcast, where she called the procedure the ultimate crime in the history of the US.

Continuing on her ridiculous ranting, Kristina Karamo said that when people engage in what she termed as ‘child sacrifice,’ they do so in the hope of getting prosperous. She noted that it was the main reason that women undergo abortions now.

Kristina Karamo Claims That Women Now Trade The Baby’s Life For Their Freedom, Happiness, And Prosperity

Kristina Karamo claimed that this is precisely the reason that women abort their babies. It is because they are not ready to hold a baby yet and do not have the time. They want to continue making money at the cost of life and prefer their freedom over the life of the fetus.

She said that this was the reason that they want to sacrifice a life in the hope of prospering from their death. And in exchange, they want happiness, prosperity, and freedom.

Kristina Karamo has more ludicrous moments to offer in her podcast when she says that child sacrifice has continued over thousands of years, only it has been ‘packaged differently.’

Kristina Karamo also said that demons and demonic possessions are a reality, and they can be transmitted by having a relationship with a possessed person.

Joe Biden’s Decision To Wipe Out Student Loan: Was It Illegal? Also, More About...

PSG Wins Against Lille, 2-1, Di Maria Leads The Team To The Comeback