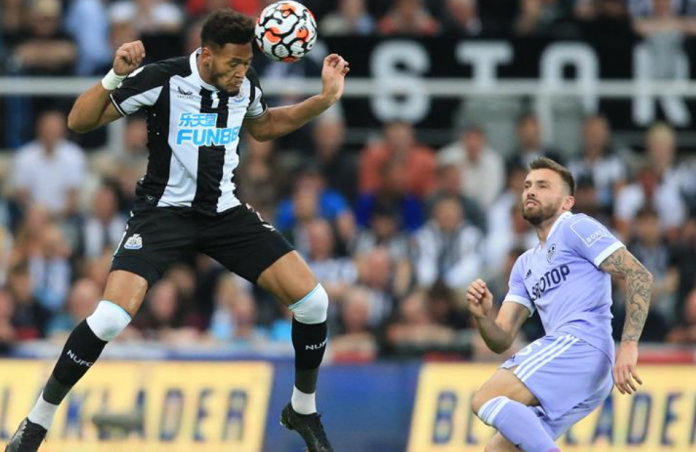 Leeds United was forced to a draw due to Allan Saint-Maximin’s beautiful equalizer. This lifted the pressure that was dealt on Steve Bruce.

Bruce was under constant criticism from the fans and the mood turned really sour after Raphina cut in and sent the ball past Karl Darlow’s goal after 13 minutes.

Leeds kept threatening their opposition and the fans in St. James’ Park started singing “We Want Brucey Out”.

Marcelo Bielsa’s team should have scored more. The game turned on its head after Ritchie struck the post and Saint-Maximin ran circles around the defenders after slotting the ball into the bottom corner.

The goal was a massive one for Bruce as it lifted the pressure and restored the equilibrium in the game. Bruce punched the air out of happiness and ended the torrid first half.

The stress was completely off as Steve switched the defense to a back four and Saint-Maximin took the chance to test the Leeds United goalkeeper, Illan Meslier.

Both the teams are still looking for their first win of the Premier League season and are currently at the wrong end of the table.

This single point has kept Bruce’s head above water while some fans are still calling for his sack.

He walked down the tunnel relieved but he needs to do something now, to turn the mood of the Newcastle fans.

Karl Darlow returned in between the sticks after he was diagnosed with Covid-19 and spent time in the hospital. Leeds United had created several chances in the game through Daniel James, Raphina, Junior Firpo, and Mateusz Klich.

Newcastle was missing their top striker, Callum Wilson, which played a huge role in the result of the game.

Given that the first half could have been a lot worse for Newcastle and their under-fire boss, a point was a decent return and spoke of a good second-half recovery.

Hear parents in China react to the new three-child policy

Joe Biden Calls Reporter “Stupid Son Of A B—”

Not Just Symbolic: Joe Biden Nominates Caroline Kennedy As The Ambassador To Australia