Manchester United did not perform up to their expectations last night. It was one of the biggest clashes in the English Premier League. They faced off against their arch-rivals Chelsea. United had made quite a buzz before the start of the season. They made the most shocking transfer possible. They signed Cristiano Ronaldo from Juventus. He was almost certain to be joining Manchester City. However, a last-moment twist saw CR7 come back to his old club. Ronaldo did perform well in the first few matches. He also bailed his team out in their champions league time. However, he could not keep up the consistency for long. This affected United’s game significantly.

Manchester United did not look confident going into the match. Playing an away match at Stamford Bridge, the Red Devils looked cautious. This was evident as they have recently lost their usual manager. Michael Carrick has taken over the team temporarily. Goals from Jaden Sancho and Jorginho saw both teams settle for a draw. Let us know about the game in detail below.

Michael Carrick expressed his views on the match. He stated that although Manchester United could not win, things are not worse. The team has been going through a rough patch recently. They sacked their regular coach a few days back. This, it was a tough ask for Carrick to take charge. Chelsea on the other hand is a champion team. They are high on confidence after their Champions League victory last year. Thus, salvaging a point against them is not all that bad.

Manchester United can take heart from a few factors. The performance of Jaden Sancho was marvelous. He was a live wire on the field and worked extremely hard. This was his debut goal in the EPL. However, the form of Bruno Fernandes and Cristiano Ronaldo will be a reason for concern.

Doja Cat and Nicki Minaj Both Earn First-Ever No. 1 as “Say So” Tops... 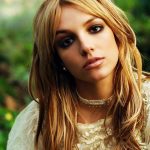 An attorney for Britney Spears is speaking out against a series of videos posted ​by the singer's ex-husband, Kevin Federline​. Britney Spears’ Lawyer States Federline...

Inflation has been soaring since the start of the year, and it's forced a lot of people to rethink their stimulus check spending. Some...