Megan Fox is one of the biggest names in the Hollywood film industry. She is a versatile actor and has appeared in multiple movies. Fox has received worldwide recognition for her skills in acting.

Now she is receiving even more love and support from her fans. Fox has recently announced her engagement with her partner. Machine Gun Kelly got lucky enough to date Megan and now is officially her fiance.

Fox wrote a detailed caption summarizing their journey. The star stated that both of them dated for almost one and a half years. She explained how they have been through tough times.

Fox also reflected on how much proud she felt being with Kelly. Megan also elaborated on the good times they have spent together.

Megan Fox seems to be in seventh heaven at the moment. Fox stated that she could not believe herself when Machine Gun Kelly asked her for marriage. An ecstatic Megan agreed to his partner’s proposal and vowed to be inseparable. Let us learn more about the story in detail below.

Megan Fox and Machine Gun Kelly have always been very much vocal about their relationship. The couple did not shy away from public displays of affection. The pair became an instant favorite of the tabloids for their raunchy romance. Both the stars take pride in acknowledging each other.

Megan Fox was stunned by Machine Gun Kelly when he wore a Blood necklace. Fox has been married previously to Brian Austin Green. However, this would be the very first marriage for Machine Gun Kelly. 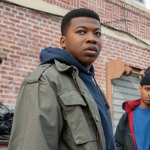 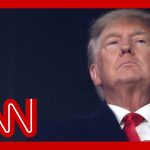