Michael Avenatti’s team argued that as the witnesses present at the trial will remain masked throughout the testimony, it would violate his right to a fair trial under the Sixth Amendment.

The legal team said that Avenatti was seeking a 2-weeks adjournment immediately to February 7. The court had set the original date in November.

Michael Avenatti’s team argued that the trial should not be allowed to ensue while witnesses were allowed to testify from behind masks. They said that it would hurt their client’s ability to confront and assess a witness’s sincerity through physical and direct interaction.

The argument was dismissed by Judge Jesse Furman. He said that the specter of a hypothetical situation doesn’t warrant any adjournment.

Judge Furman said that appropriate steps would be taken by the court in cases where the mandate was deemed to interfere with the ability of a witness to testify.

One of the attorneys representing Avenatti said that he was ready to go to trial if the judge was not convinced that the mask mandate would interfere with Avenatti’s rights. He said that they were just apprehensive about preserving the constitutional rights of their client.

The testimony by Stormy Daniel will be crucial for prosecutors in the federal court in Manhattan to prove that Michael Avenatti indulged in identity theft and wire fraud to keep his client from receiving money owed to her by her publisher.

Avenatti has protested his innocence. He said that the government was prosecuting him while they allow Trump and his followers to walk free without facing the consequences of their actions.

Why should you trade and invest in cryptocurrency in 2021?

Madonna shares a bizarre coronavirus-themed rant from the bathtub 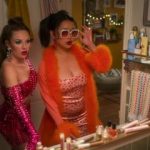