According to a report issued by Zacks Investment Research analysts, Thor Industries, Inc. announced $0.41 as its quarterly dividend. The report was issued this Thursday, March 18th. As per the announcement, stockholders are to receive per share $0.41 as a dividend on the 16th of April. It further suggests that the annual dividend stands at $1.64. The company posts a dividend yield of 1.15%.

The quarterly earnings report for the previous quarter was released on the 8th of March. The earnings stood at $2.38 EPS as opposed to the general consensus of $1.60 proposed by analysts at Thomson Reuters. The company’s return on equity stands at 13.15% along with a net margin of 3.34%. The estimated income for the firm was marked at $2.55 billion but it made $2.73 billion for the quarter. The estimated EPS for the current fiscal year stands at 7.76.

NYSE: THO has recently been the subject of a lot of reports by research analysts. Some such as KeyCorp, TheStreet, Zacks Investment Research, Wedbush, Truist, and so on have posted reports on this company over the last few months.

Among the analysts who have posted reports on this company, four have issued a “Hold” rating, and a majority of five have given out a “Buy” rating. Therefore, the average consensus on the rating of this company stands at “Buy” and the consensus estimate of the price target is $120.56. Several institutional investors and hedge funds have also lifted their shareholdings in this company over the past few weeks.

Minimum Wage: ’No one should work 40 hours a week and still live in...

Is There A Possibility Of Liv Tyler’s Return In 911: Lone Star Season 2?

Stimulus Check And What Lies Ahead

A new round of the stimulus check will start hitting the people’s accounts in the month of July. It will be in the form...

The Karen movie is here to keep the fans entertained. The trailer of the movie came out this weekend. The genre of the upcoming...

Lorde, the music sensation from New Zealand, will soon be releasing another album for the third time in her career. The name of her... 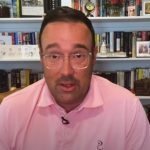 The Supreme Court has knocked out yet another Republican effort to invalidate the Affordable Care Act, but that doesn’t mean the political fight over...