On Tuesday, the Chicago White Sox managed a shutout 9-0 victory over the Oakland Athletics. However, baseball was not the primary thing on anyone’s mind. Chris Bassitt, the starting pitcher of the Oakland Athletics had to be hospitalized. A line drive from Brian Goodwin hit the pitcher in his face’s right side, causing serious injuries.

The Latest Updates From The Oakland Athletics

Bob Melvin, the manager of the A’s, said that Bassitt was conscious the whole time. They do not think that there will be any problems with his eye since the hit was a little below it. However, some cuts had to be stitched up. Presently, scans are being conducted, and they will report any possible fractures as soon as possible.

His Oakland Athletics teammates could only look on horrified while the team leader was writhing in agony on the pitcher’s mound. It must have been heavy watching him be carried off on a stretcher.

Tony La Russa, the White Sox’s manager, said that the game was shrouded in darkness after that. He, along with his team, hopes and prays that Bassitt is only bruised. Goodwin posted on Twitter his prayers for Bassitt.

The A’s failed to score any runs in the game, and could only manage 4 hits in total. They struck out 6 times while hitting 4 double plays. Bassitt is currently the Oakland Athletics’ aces. He is currently being considered for the Cy Young Award. 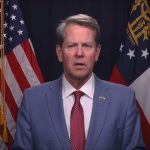 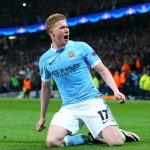