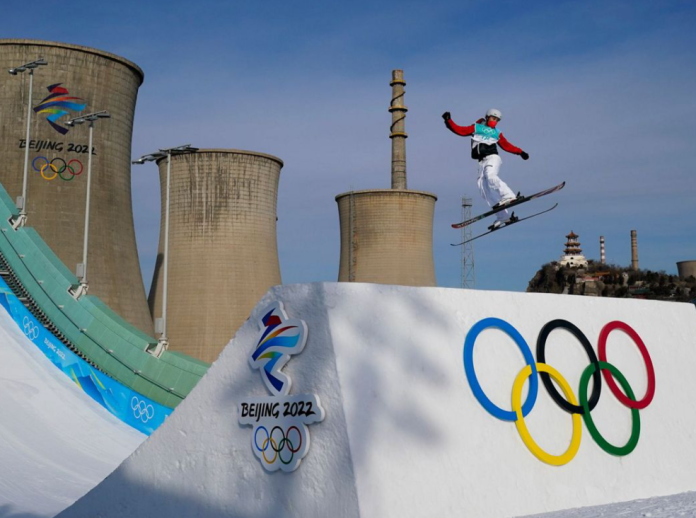 Nina O’Brien made a spectacular crash as she made it across the line, stunning the audience. The US skier was on her 2nd giant slalom at the Olympics 2022 this Monday. Fellow skiers and the audience were fearful of her fate till they got the all-clear.

Emergency responders and doctors rushed to the skier and attended to her for almost 10 minutes before she was moved away from the line in a stretcher. She was thankfully declared responsive and alert as informed by a spokesperson on the Olympics 2022 US ski team.

O’Brien was more concerned at the delay she was causing to the event and wished to know the timings.

She reported that the run was perfect. She was yet to know that several other skiers at the Olympics 2022 had not succeeded in finishing the race, including Mikaela Shiffrin, her teammate.

Skiers continued to crash throughout the 2nd round of the run. O’Brien’s accident was the most frightening. She clipped a gate as she neared the end and the skis split. O’Brien’s right knee was bent at a difficult angle, as she tumbled at high speed over the line.

Shiffrin, who had slipped on her 1st run, averted her eyes and turned away. O’Brien stayed still till the rescuers reached her. She is the third of the four racers who failed to complete their course.

At other venues of the Olympics 2022, Andrew Heo emerged as a prospect for a medal for the US team in short track skating. But he came last in the finals.

The only medal for the US time at Olympics 2022 was from figure skaters Evan Bates and Madison Chock who edged out Japan for the silver in the team figure skating. In the Olympics 2022 slopestyle final Canadian Mark McMorris won Bronze while countryman Max Parrot got the gold. China’s Su Yiming, who idolized McMorris as a child, beat his childhood hero to win the silver.

Hurricane Grace Has Made Landfall On Yucatan Peninsula

Is it Right To Give Liverpool The Premier League Title?