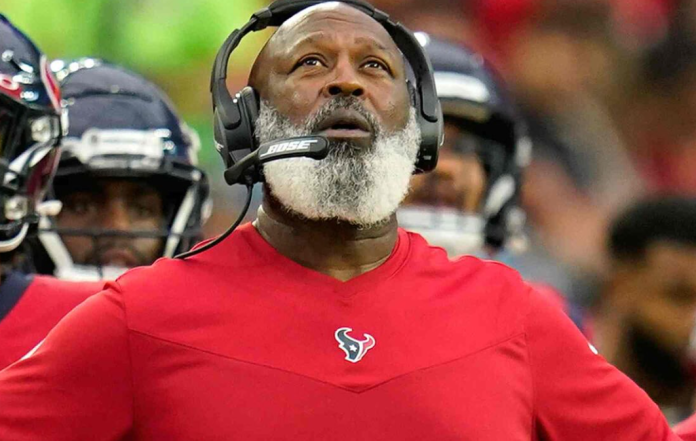 The Texans are reportedly talking to their defensive coordinator and associate head coach for the job of the next head of coaching. Lovie Smith was always a strong prospect for this job, but it is only recently that his candidature has gained momentum.

It has emerged that Lovie Smith emerged as the strongest prospect after Jonathan Gannon, the defensive coordinator of the Philadelphia Eagles is out of the reckoning for the Texans’ head coach. Other people in contention included Brian Flores, the former head coach of the Miami Dolphins, and Josh McCown, the NFL quarterback, who were finalists for the position of the head coach of the Houston Texans. But they are reportedly not in the running.

Lovie Smith joined Houston this season after being the head coach at the Fighting Illini starting 2016 through 2020. But he has coaching experience at the NFL that goes far back to 1996, as he was a linebackers coach for the Buccaneers till 2000.

Lovie Smith had also been the St. Louis Rams defensive coordinator between 2001 and 2003. He was also the head coach at Chicago Bears starting 2004 through 2012.

In his 11 seasons as a head coach for NFL teams, Lovie Smith is at 89-87. He had the most success with the Chicago Bears and he took the team to a postseason thrice, including the 2006 NFC championship.

Alexander Zverev Outlasted By Stefanos Tsitsipas In A Total Of Five Sets!