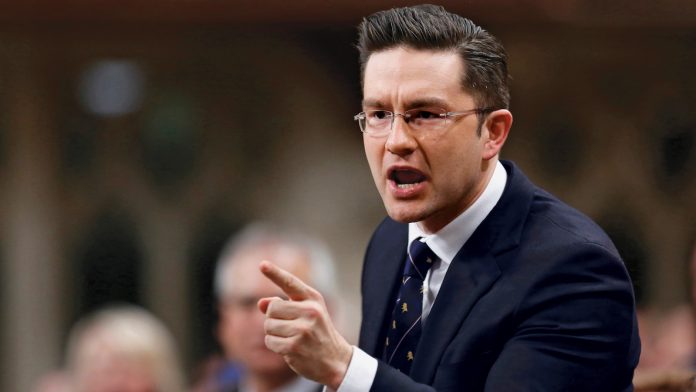 If elected PM candidate, Pierre Poilievre intends to “unleash” the potential of cryptocurrencies such as bitcoin and ethereum and to make Canada the “Blockchain capital of the world.”

Poilievre, who is running for federal Conservative leader, said he wants to simplify and streamline procedures and taxes to make it simpler for Canadians to choose Bitcoin over traditional forms of payment. He emphasized the significance of decentralizing central bank power. His announcement on Monday was welcomed by many in the business who hoped for a more national and unified structure across Canada’s ten provinces to attract new investments and talent.

PM candidate, Poilievre, the Conservatives‘ finance critic until recently, criticized the Bank of Canada for producing “$400 billion in currency out of thin air” since the epidemic began and proposed that alternate modes of payment may help battle inflation. Poilievre bought shawarma in a local restaurant with bitcoin while in London, boasting on social media that the store owner had “outsmarted” the federal government to “fight inflation.”

“The government is undermining the Canadian dollar,” the PM candidate stated in his press release, “therefore Canadians should have the right to use other money.” While Poilievre’s tone is anti-establishment against the financial industry, according to Geneviève Tellier, a professor at the University of Ottawa who specializes in fiscal issues and public finance, he is not suggesting a drastic reform to replace conventional money.

The “largest, fastest approach” to generate change, according to an industry insider who declined to be named in this article, would be to force big banks to start incorporating cryptocurrencies. Crypto firms are now unable to create bank accounts with Canadian banks, forcing them to rely on credit unions. According to the source, this is more costly and eventually stifles innovation.