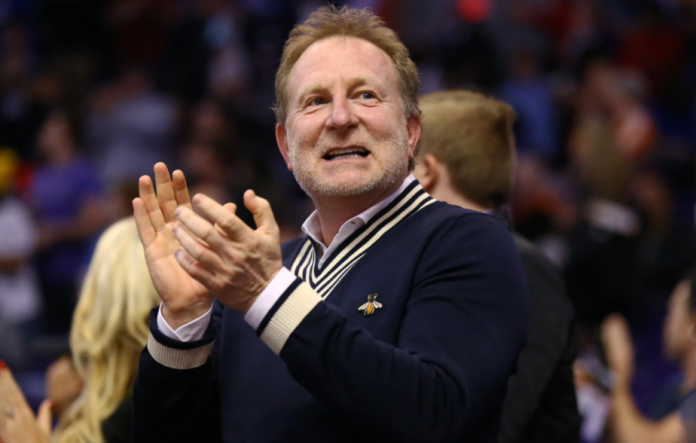 The Phoenix Suns pushed back on the rumors that Robert Sarver was a racist and a sexist.

The Report On Robert Sarver Published By The  Reporter

The reporter added that the report was a “monster” and the things that were going to surface after the investigation was jaw-dropping. Instances of sexual harassment on the men and women were so massive that he might not be able to survive through this.

The Phoenix Suns revealed that ESPN would be reporting the allegations.

They stated that ESPN was considering publishing a story that made completely baseless claims against the Suns Legacy Partners, LLC concerning various topics. The reporter’s accusations were contradicted by the eyewitness accounts and several documented pieces of evidence. They were currently preparing to respond to his questions. The franchise urged everyone to not rush into judgments that were based on lies, innuendo, and a false narrative to attack the organization and its leaders.

Robert Sarver pushed back with his own statement. He was shocked by some of the allegations mentioned by ESPN about the Suns and Mercury organizations. He could not respond due to shock, against some of the suggestions made by anonymous people. He added that such things never happened and rejected any insinuation of personal racism or gender discrimination. He was proud of their record of diversity and inclusion on both their team- on the court or in the office.

Suns’ general manager James Jones and CEO Jason Rowley both backed Robert Sarver. Jones said the rumors didn’t describe what he knows about Sarver and Rowley said Sarver was not a racist or sexist.

The Talk Has Lost Five Co-Hosts In The Past Year

NIO (NIO) acknowledged active focus on shares in the last trading session.The stock disclosed a change of -2.28% and its listed...

You Need to Know this stock? Sundial Growers (SNDL)

Sundial Growers (SNDL) observed an average volume with 113394.63K shares and exchanged 98423708 shares on hands in most recent trading session....

Nutriband (NTRB) traded 138378682 shares on hands in most recent trading session and observed an average volume with 1427.5K shares. The...

Recently, there has been some uproar and talk over Ron DeSantis being missing from the public eye. However, it has been known that his...