Home Politics Ron Kind About To Retire From Congress

Ron Kind has declared his desire to not seek reelection in 2022- which implies that he would be retiring at the end of the term. This would mark almost 20 years for the Democrat from Wisconsin who was currently representing a district that was carried by Donald Trump.

It should come as no surprise to anyone that his retirement would definitely be a huge blow to the Democrats as his seat was quite a top target for the GOP for the next year. It would be very difficult for the Democrats to hold on to this seat even further- it has been assumed.

Last Tuesday saw Ron Kind speaking to reporters in his home state, where he stated that he had run out of gas completely. Also, the continuous traveling back and forth from his home state to Washington DC was definitely taking its toll on his body. Nevertheless, he reminded everyone that representing the people in his home area for Congress was the greatest honor in his life. But he hadn’t initially accounted for it to be the greatest moment of his life.

Ron Kind went on to lament the growing partisanship that was very common in Washington these days- stating that he was a part of the dying breed that wanted to be pragmatic, as well as reasonable. It wouldn’t matter if they were from a different party- all they were looking forward to was to find common ground with their colleagues- and work in a bipartisan way that would help find bipartisan solutions.

Ron Kind has the record of being one of just seven Democrats in the House who was representative of a district that was previously carried by Trump in 2020. Interestingly, he was also the second out of the seven to retire from the seat. The first one to do was Rep. Cheri Bustos of Illinois.

Infrastructure Plan To Remain At The Heart Of Biden’s Policy

Are You looking For Hot Stock? Teligent, (TLGT)

Teligent, (TLGT) exchanged 72631630 shares on hands in most recent trading session and observed an average volume with 6304.24K shares. The... 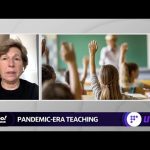 Randi Weingarten, President of the American Federation of Teachers, talks about school mask and vaccine mandates, and the burdens facing teachers during the pandemic.

VOLATILITY ANALYSIS: Volatility remained at 8.48% over last week and shows 18.22% volatility in last month. Market risk that established with...

Waitr Holdings (WTRH) exchanged 92545002 shares on hands in most recent trading session and observed an average volume with 7733.51K shares....