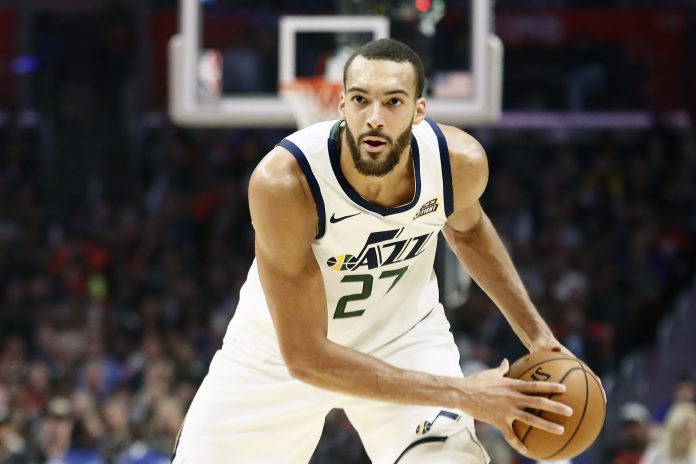 Rudy Gobert may be renowned for his blocking, but he could swat a bee from his own hive that stung him in his face early in the week. The All-Star center at the Utah Jazz had swelling close to his nose after a bee from his hive stung him near his nose.

Rudy Gobert posted an Instagram picture showing his looks post-sting. He had captioned it ‘it is your own bees sometimes. Gobert said that he suffered the sting while he was changing the queen bee. This is the 3rd time that he has suffered a sting, he said.

The Utah Jazz is set to play the most important game of the 2022 season on Thursday. They trail the Mavericks by a game out of the 5 they have played in the 1st round series. The Jazz would need a home win in Game 6 and keep the competition alive. Though it appears that Rudy Gobert will land on his injury report with the sting from this do-or-go home match.

Rudy Gobert had earlier listed his reasons for owning a beehive. He belted out a number of reasons. The obvious one is that it is definitely good for the environment. He also says that it is good for the landscape as the presence of bees helps the flowers and fruits bloom. Finally, he loves honey, and so he had always wanted to own a beehive of his own.

Rudy Gobert agrees that while it is great to have a beehive of his own, at times there are some casualties like this time. Utah is famous as the Beehive State. And if Gobert has a good Game 6, he could even end up being referred to as the Bee Man and not by his present moniker, Stifle Man.

Paolo Banchero On His Way To Become The 7th NBA Player To Record 20+...