The first batch of players was chosen by the Seattle Kraken on Wednesday. Some of the players arrived in person while some had their names announced in ceremonious ways. Shawn Kemp and Gary Payton took up the responsibilities of announcing the names.

One player was chosen from all the 30 NHL franchises by the Seattle Kraken which helped the team stay under the cap as well as usher in youth players. The Golden Knights were ruled out from the draft, for the time being.

1: The template Was Set By Vegas

The expansion drafts bore the same weight of rules for both the teams. The teams from the NHL could save three from their defense, seven from their forward lineup, and one of their goalkeepers. They could also opt to choose to save one goalkeeper and eight of their skaters.

The Kraken selected a total of 15 players who would play as forwards, 12 in the defense, and 3 goalkeepers in their draft. They also selected Chris Driedger, Jamie Oleksiak, and Adam Larsson.  The Seattle Kraken selected a total of seven free agents who were restricted. The cap hit by the Vegas team and the Seattle one was quite similar with Vegas hitting on $54.21 million and the Kraken hitting on $54.05 million.

2: Driedger Chosen By The Kraken

Chris Driedger and the Seattle team concluded last week and signed him for a three-year contract. He will be their goaltender for the next season at $10.5 million. The other players backing him up are Joey Daccord and Vitek Vanecek.

3: The Unveiling Of Eberle:

Eberle is one the most well-known players from the Seattle Kraken and had 779 games with the Oilers. The ride from the Islanders to Seattle was bumpy as he arrived on time for his unveiling. Eberle had to rush and get his COVID test done on time. It was a rollercoaster of a day, for the new Seattle Kraken player.

Mr Olympia Returns To Orlando, The Most Massive Fitness Event In The World 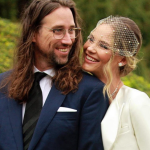