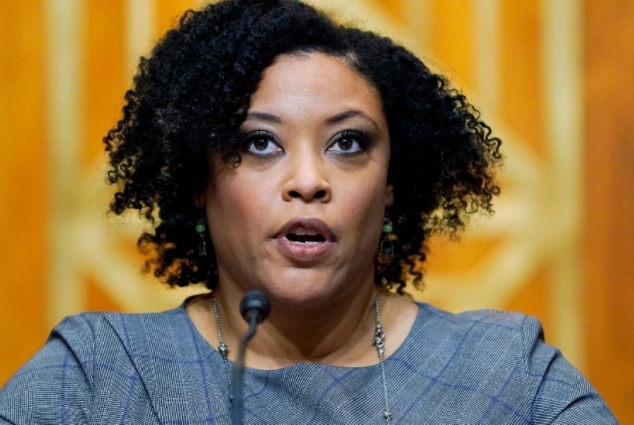 President Joe Biden has nominated Shalanda Young as the head of the Office of Management and Budget (OMB). She has been the acting director since March this year and once confirmed to the post will be the 1st Black woman to officially hold this post.

The move to appoint Shalanda comes after the President withdrew the nomination of Neera Tanden after some of her posts on social media led to controversy. Tanden is now in a senior position as the White House staff secretary.

It also appears that Nani Coloretti is to be nominated for the post of deputy director of the Office of Management and Budget. Her appointment would make her one of the highest-ranking women of Asian American origin. It would also mean that OMB would be headed by two women of color.

Congressmen Have Been Lobbying For Shalanda Young For Quite Some Time

Leaders in Congress have been urging the White House to tap Young for the permanent position for quite some time. She was nominated by top Democrats, including Nancy Pelosi, the House Speaker, for the post. They have said in a joint statement that her being at the helm would send out a strong message, and would be deemed historic.

The nomination of Shalanda Young also received the nod from the Congressional Black Caucus. They too had been lobbying to get appoint her for the full-time job.

Shalanda Young had her share of controversies when she said that access to abortion was a matter of ‘racial justice.’ It was in reply to a questionnaire to a question about the Hyde-amendment.

She had maintained that elimination of the Hyde Amendment was an issue of racial and economic justice as it affects low-income Medicaid recipients.

Shalanda had also sidestepped questions on whether the president proposed budget involved funding for the Wuhan Institute in China, which many believe was the source of the virus.

Donald Trump Unsure Of His Response To Jan 6 Trials

Fast And Furious 9 Includes A Story That Revolves Around Space

Congress has a reputation for haggling, but that's not always a bad thing. Dealing and wheeling is how everybody obtains a portion of what...

New Stimulus Check For The Illinois Residents: Things You Should Know About

A $500 stimulus check reward may be claimed by more than twenty-five thousands of Illinois residents before Christmas. A new Survivability Fund was established to aid...

Arizona Is Not Ready To Face The Election 2022 Results

Kari Lake, the Arizona Republican candidate who ran for the governor's post has refused to admit the results, after being defeated by democrat candidate...