Sonny Valicenti, Ian Alda, Ben Feldman, Rama Vallury, Eva Victor, and Rob Morrow are among the new cast members for the Super Pumped: The Battle For Uber, which follows the formation of Uber since its inception and the good and bad times of life in the Silicon Valley.

They come in along with other star cast members including Uma Thurman, Joseph Gordon-Levitt, and Kyle Chandler, who were earlier announced by the producers.

Super Pumped is a forthcoming anthology drama TV series and is a creation of David Levien and Brian Koppelman. It is based on the book by Mike Isaac. The first installment centers on the meteoric rise and fall of the founder of Uber founder and CEO, Travis Kalanick, played by Joseph Gordon-Levitt.

Peter Fenton is being played by Ian Alda, one of the young partners at Benchmark, a venture capital firm. He was previously seen in Silicon Valley, Impeachment, and Grey’s Anatomy. Station 3 Management and Stewart Talent are representing him.

Matt Cohler, the young partner at Benchmark is played by Sonny Valicenti in Super Pumped. He was earlier in Mindhunter as a serial killer. He has also been a part of The Post, Your Honor, Office Christmas Party. He is set to appear in the biopic Blonde, based on the life of the legendary American actress, model, and singer, Marilyn Monroe.

Feldman is in as Google co-founder, Larry Page in Super Pumped and will be there for two episodes. He was there in the American period drama, Mad Men as Michael Ginsburg. He also played the role of Jonah in  NBC’s Superstore. Other credits include comedy series A to Z, Drop Dead Diva, and Silicon Valley.

The role of Tahir Kahn is played by Vallury, a senior engineer at the ride-share company, Uber. Graduating from The Second City. He has previously written for Viacom-CBS Diversity Showcase. Vallury has been in Tooned In, voicing ‘Nicky the Robot,’ and also is in Netflix’s Squid Game as Ali.

Victor, who played Rian in Billion is there as engineer Susan Fowler in Super Pumped, who turns the culture of Uber on its head.  Morrow comes in 2 episodes as Eddie Cue, a senior executive at Apple. In the American comedy-drama Northern Exposure, he reprised the role of Joel Fleischman.

Jenelle Evans Husband Is Under Arrest, Once Again 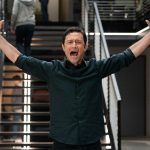 Jimmy Garoppolo Leads The Comeback For The 49ers

Jimmy Garoppolo was the sole reason why the San Francisco 49ers were able to punch their way into the postseason, after some shocking performances....

Gavin Newsom’s Health Care Might Not Be Unanimously Supported

Several prominent lawmakers from the Californian end of the Democratic Party have been quite silent about whether they support the new proposal of Gavin... 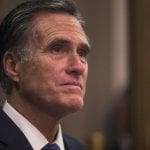 Mitt Romney, the Senator from Utah, has been defending fellow Republican Senator Mike Rounds after Donald Trump attacked him for his comments. Mike Rounds...

A joint coalition of Georgia voting rights groups has announced that they would not be attending the expected visit of President Joe Biden to...