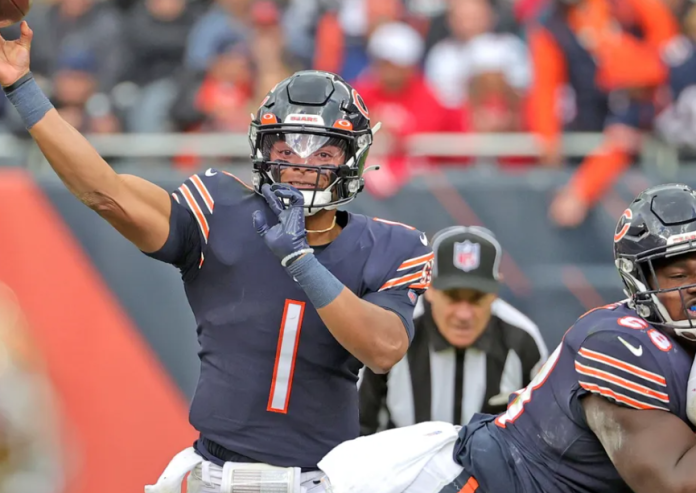 The Bears managed to come back from a 20-6 deficit entering the fourth quarter with 3 TDS and later took a 27-26 lead over the Steelers on Monday night. They managed to stun them on Justin Fields’ 16-yard TD pass to Darnell Mooney with 1:46 remaining on the clock.

QB Ben Roethlisberger later directed a 7-play, 52-yard drive and set up Chris Boswell for a 40-yard field goal, with 26 seconds on the clock. This gave the Steelers a 29-27 victory at the Heinz Field.

With no timeouts remaining, the Bears advanced to the Steelers’ 47 with 2 seconds to play. Cairo Santos’ 65-yard FG attempt fell well short as time ran out.

The Bears Were Plagued By Penalties

The Bears managed to outgain the Steelers 414-280 but were affected majorly by penalties. They drew 12 flags for 115 yards. Two of the costliest penalties had to be addressed by Tony Corrente, referee, after the game because they were controversial, one that nullified a TD and another that extended a Pittsburgh drive late in the game.

Fields had completed 17 passes from 29 for a career-high 291 yards with only one TD, 1 interception, and a passer rating of 89.9. He also managed to rush for 45 yards on 8 carries. David Montgomery rushed for 63 yards on 13 carries and Khalil Herbert added 13 yards on four attempts.

The Bear’s defense played well most of the game, with the exception of the Steelers’ first and final possessions.

The Bears fell to 3-6, losing their fourth straight game.

Trump is *actually* getting worse

Tesla’s Elon Musk Reveals His Relocation Plans To Texas; Plans To Focus On His...

Roblox Corporation (RBLX) disclosed a change of 3.86% and its listed share value at $47.04 in the recent trade transaction. This company...

You Need to See this stock? Devon Energy Corporation (DVN)

Invitae Corporation (NVTA) exchanged 10534695 shares on hands in most recent trading session and observed an average volume with 9928.05K shares. The...