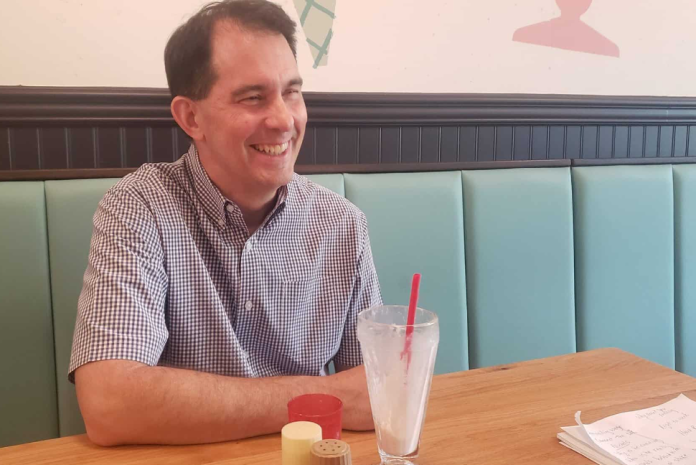 Tim Michels, co-owner of the state’s largest construction firm, is running against Democratic Gov. Tony Evers in the battleground state. If Michels is elected, he will be in a position to implement a slew of Republican initiatives enacted by the Republican-controlled legislature in the run-up to the 2024 presidential election. Evers has vetoed more laws than any other governor in modern state history, and he is running on his capacity to act as a check on Republicans.

In response to an article detailing his contributions to anti-abortion groups, churches, and others, the Republican candidate for governor in Wisconsin backed by Donald Trump is urging for people to take up “pitchforks and torches” – rhetoric that Democrats believe amounts to inciting violence.

Tim Michels, a multimillionaire, reacted angrily this week to a Milwaukee Journal Sentinel piece revealing charity donations by his and his wife’s foundation, some of which went to anti-abortion groups and churches with anti-gay views.

Since the article was published, Michels has targeted not only Evers and Democrats, but also the Journal Sentinel and, more broadly, all journalists.

“With how low the liberal media has sunk, I believe people should just be ready to take to the streets with pitchforks and torches,” Michels said Thursday on a conservative talk radio station. “People must determine if they are willing to put up with this. Is this something I’m willing to put up with, taking someone who donates to churches or cancer research and using them as a scapegoat in the media?’ I’m shocked. It’s revolting.”

That’s more than he said in a campaign website post on Thursday, when he urged people to “Get active.” Defend yourself. Raise your hand. Volunteer. Donate. Vote.”

Sam Roecker, Evers’ spokesperson, tweeted on Friday that Michels had gone too far.

Coronavirus vaccine to be tested in UK from Thursday, government announces