On Wednesday, 30th June, Bed Bath & Beyond (NASDAQ BBBY) published the quarterly earnings results. An EPS of $0.05 was reported, which failed to reach the consensus $0.08 estimate by Thomson Reuters.

George Clooney Has Denied Interest Of Running For Office

The nominees for the Ballon d'Or were released Friday and two of the biggest names is soccer didn't make the cut. Lionel Messi and... 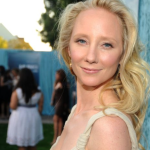 Anne Heche Had Some Good Times

Anne Heche was happily living it up with friends in her final Instagram.  The "Volcano" actress was all smiles back on July 14 in a...

Federal Energy Stimulus Check: This Program Offers Up to $1,800 in Assistance

Federal stimulus check money may not be coming directly, but Americans can still use some indirect benefits that the federal government is offering to...

Stimulus Check Payments: Are The Senior Citizens Getting A Fourth Check?

Tiffany Haddish Reveals Refusing A $10M Endorsement Post Because She Wasn’t Comfortable With The...

Tiffany Haddish has revealed that she declined a 10 million dollar deal as the endorsement offer made her uncomfortable. “Making her feel like shit,”...