Tori Spelling, the American actress, gave an insight into her marriage life with her husband, Dean McDermott, the Canadian actor. There were rumors that the couple is going through a rough patch as of now. The actress attended the show of Jeff Lewis, the American television and radio personality. His show airs on the American broadcasting network, Sirius XM.

Tori Spelling On Her Personal Matters

The 48-year-old Tori Spelling was asked by the host to clear out the ongoing rumors related to her marriage. Jeff Lewis asked her about the problems she was facing currently “at home” as per the speculations. The reply that the star of the American drama series, Beverly Hills 90210, gave to the question was extremely humorous. She stated that she would never reveal whatever is going on in her life. The “Scary Movie” actress said it with a smile on her face.

The answer given by Tori Spelling was not enough for Jeff Lewis. He further highlighted the question and directly asked about the sexual life of the couple. He asked if the two were still sleeping together. To this, the actress stated that her bed was occupied by so many people. They included Liam Aaron, her 14-year-old son, Hattie Margaret, her 9-year-old daughter, Finn Davey, her 8-year-old son, and the 4-year-old son. Tori Spelling shares all of her kids with her husband, Dean McDermott.

She also claimed that her children were accompanied by the family pet in taking up her bed. After hearing her reply, the 51-year-old host tried to clarify things by further confirming her if her husband was currently residing in their guest room. The actress stayed away from answering directly and stated that he was living “in a room.” Tori Spelling managed to remain ambiguous throughout the Sirius XM interview and did not give a clear indication of the rumors surrounding her marriage.

Singaporean man pleads guilty to spying for China in the US

Analysts Have Predicted The Stocks Of MTSI To Post EPS Of $0.38 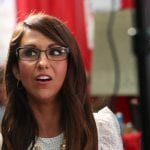 Lauren Boebert In Another Controversy

Lauren Boebert, the freshman lawmaker from the state of Colorado, got into a new controversy. It is to be noted that the politicians belonging...

Arizona Election Review Results Are Out

The results of the Arizona election review with regard to the 2020 Presidential election results, proved that the winner is Joe Biden, the President.... 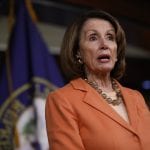 The spending bill amounting to a total of 3.5 trillion USD, has finally been partly approved by the members of the House of Representatives,... 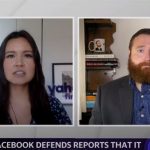 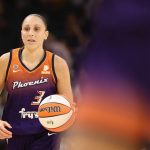 There have been a lot of opinions against the early rounds of the WNBA playoffs being single elimination. On Thursday, there was another example...