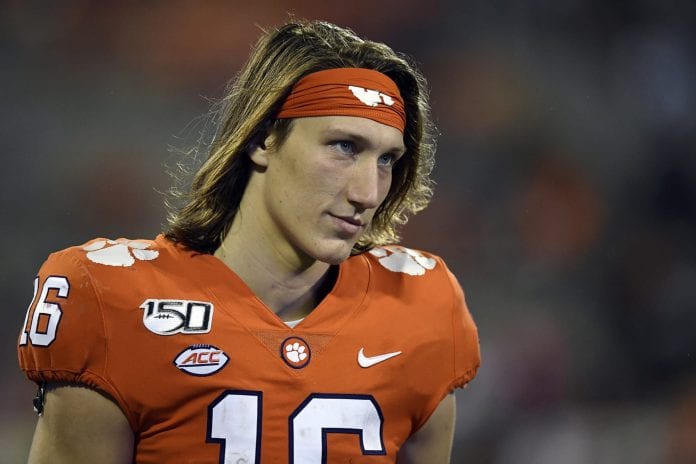 The Jacksonville Jaguars currently have two major concerns regarding the reconstruction that they are undergoing. One among them is that Trevor Lawrence, the team’s first overall pick, may not live up to be competitive enough.

Trevor Lawrence Has A Lot To Live Up To

The other concern is that Urban Meyer, the coach, might be far too competitive to have success in the NFL. It is that point in the NFL draft where people are speculating on a QB’s will for winning. For the record, Trevor Lawrence had a 34-2 record in college and has played in two games in a national championship. Before that, he had won two Georgia state titles in high school and a record of a 41 games win streak.

Throughout this past, everyone knew Trevor Lawrence stayed back after practice to work extra and improve daily. He is known for his leadership skills. However, in a cover story on Sports Illustrated, Trevor Lawrence said that he does not have the compulsion to prove the world wrong. Neither does he want to have that.

He also continued that people possibly wrongly put that down as being competitive. He thinks that it is unhealthy in a way, always having this compulsion to achieve more and be better. On the other hand, there is Tom Brady who is currently on the search for the Super Bowl for an eighth time. It has been 21 years since he was the 199th overall draft with everyone doubting his abilities.

The sentiment about the player is reinforced by his father and coach during high school. However, the concern is not very big. His motivations might be lacking as he proclaims, but he has never been known as a slacker. The player has not also never thought of himself as having achieved everything. The player wants to win by putting in tons of effort. That much is certain.