Home Entertainment Ashley Mitchell Sporting In Her Exit From The Challenge: Respect Rules, She...

Ashley Mitchell has opened up on her shocking departure from The Challenge: Spies, Lies, And Allies. She tweeted that she respects the rules and also TJ’s call. She said that the best apology would be a behavior change.

A 2-time champion, Ashley Mitchell suddenly exited in the latest episode, ‘Mavericks.’ She was gone even as it was time for Sapphire Cell, the winning team, to vote to eliminate a player.

During the elimination, TJ, the host, announced that Ashley Mitchell was out of the game for having broken rules. But he failed to clarify the rule that she had violated or what precisely occurred. The show continued airing after the vague explanation.

Ashley Mitchell was on social media after the episode was aired on Wednesday. She was on Twitter, but she too did not elaborate on the rule she might have broken that led to her elimination.

Ashley Mitchell sent a second tweet in which she made a prayer hand emoji and said that she wished to thank all who stood by her. She said that she was mad at herself and was finding it hard to get rid of the anxiety and depression ever since she was back home.

She revealed that she was into anger management while reflecting a lot. Ashley Mitchell signed off by expressive love to her fans.

Mystifying As No Reason Given For Ashley Mitchell’s Elimination

It is normal practice on The Challenge to give the reason for an exit when a participant leaves a show without getting eliminated. So far 3 players have left without a reason being assigned. MTV has refused to comment on this recurring irritant.

MTV has also been over-editing episodes that have puzzled viewers on what led to the change in the game’s course. Controversial events could be utilized as a teaching aid instead of hiding it and pretending it never happened. Sweeping controversial issues under the rug is not helping the reputation of the program.

Hakim Ziyech would become a Chelsea player in the summer 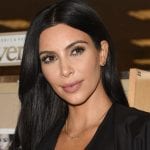 In the end, Pete Davidson and Kim Kardashian just couldn't keep up.  After a nine-month romance, Kim and Pete have gone their separate ways and... 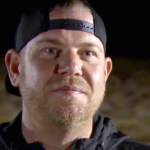 Ryan Fellows, who starred in "Street Outlaws: Fastest in America," was killed in a car accident in Las Vegas while filming the Discovery show. TMZ... 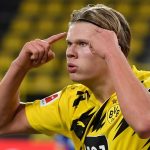 For much of this summer, the footballing world has wondered how Erling Haaland will adapt his game to suit Manchester City. Perhaps we have...

While Anne Heche continues to recover in the hospital from her fiery car crash, she's getting support from a few Hollywood celebrities — and...

Britney Spears is losing her battle with religion.  The pop star kicked off a feud with the Catholic church last week after indicating she wanted...