Home cryptocurrency TRON Announces The Allocation Of Its $1,111,111,111 Funds 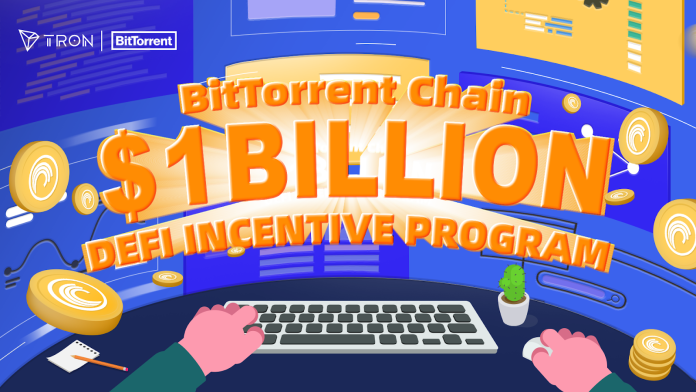 Through its upcoming incentives, the fund hopes to bring more existing programs and protocols to the network, in addition to assisting developers and critical ecosystem development. This move coincides with TRON’s rollout of JustLend and JustSwap DeFi services, as well as Sun’s stated goal to adopt stablecoins entirely. It already hosts and circulates several stablecoins on its network, including USD Tether, USD Coin, TrueUSD, and their USDJ, with daily on-chain transfer volumes exceeding $10 billion on many occasions.

The newest development in the story comes only weeks after the foundation unveiled BitTorrent Chain – also known as BTTC – to aid in the ecosystem’s scaling. The BTTC proof-of-stake protocol, co-developed by the TRON and BitTorrent teams, is meant to enable cross-chain compatibility with Ethereum, and the Binance Smart Chain (BSC).

This protocol will allow for the decentralized movement of key digital assets across several protocols, bolstering TRON’s position in the ever-expanding DeFi market.

JustLend Were The First Receivers Of TRON Funds

TRON has also gained traction in traditional finance, with VanEck’s VTRX exchange-traded note (ETN) witnessing a significant spike in demand. The note is entirely backed by TRON’s native token Tronix, which trades on Deutsche Börse and other major exchanges in 14 European nations, including those in Amsterdam, Paris, and Zurich (TRX). According to the most recent flow statistics, the ETN added 200,000,000 TRX on November 2, 2021, roughly $20,000,000, raising VTRX’s total holdings to over one billion TRX.

TRON is committed to furthering Internet decentralization through blockchain technology and DApp applications. It was founded by Justin Sun in September 2017 and has already reached significant milestones, including the introduction of the Mainnet in May 2018, network autonomy in June 2018, and the Virtual Machine in August 2018. Sun V2.0 and JustLend were the first receivers of the ecosystem fund, getting $24.899 million in liquidity mining awards. About $150 million will be dispersed through other aggressive protocols in the system as mining and staking awards. The rest of the funds will be used to widen the DeFi environment by financing a variety of new and distinctive DeFi initiatives on the network, totaling $600 million.

Cardi B Is Quite Heartbroken Following Takeoff’s Demise