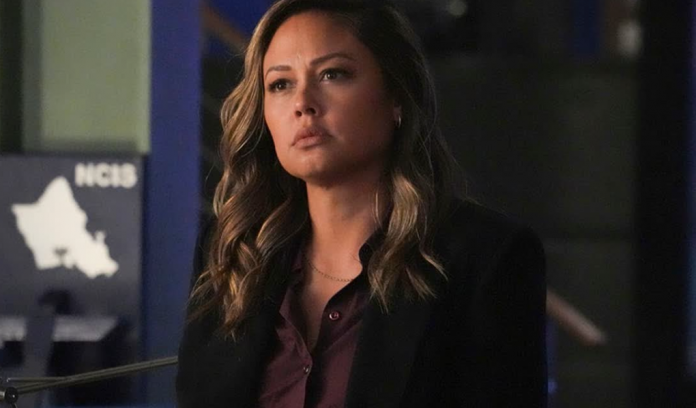 NCIS Hawai’i actor Vanessa Lachey has landed the role of the lead, Jane Tennant. She shared a clip of the day she found out about it. This was the first time the show had a female lead actor.

The Video Uploaded By Vanessa Lachey

Vanessa Lachey was in her car after picking up the call from CBS. She broke down into tears and took her fans on a journey to her bestie’s house. She shares the news that she landed the job and was extremely happy.

Vanessa was talking between sobs as she explained the reason behind her tears to her baby, Phoenix. Phoenix was sitting in the back seat and looking at her mom with confusion. Vanessa was extremely happy and thanked everyone.

She spoke about the day she got the call from CBS, that she “got the job” and added that it was unforgettable. It was like her dreams came true. Her show premieres in a week and she is grateful for the opportunity. Her life had changed forever.

CBS offered their excitement on the offer by commenting on her video and sharing the tears of joy with her. They commented that the network was excited to showcase Jane to the whole world and to NCIS fans.

People kept offering their support to the actress with comments from her fellow celebrities.

Bresha Webb wrote how she was happy for Vanessa Lachey and was shedding tears to joy too. She was excited to see her on the top, where she belongs.

What now remains is to see NCIS Special Agent Jane Tennant in action on the network.

Booster shots for those 75+ is a ‘no-brainer’: Dr. Howard Forman, Yale Radiology

Ann Kirkpatrick, The 5-Time Democrat From Arizona, Puts An End To Her Chances Of...

Where do Ivanka Trump and Jared Kushner go from here?