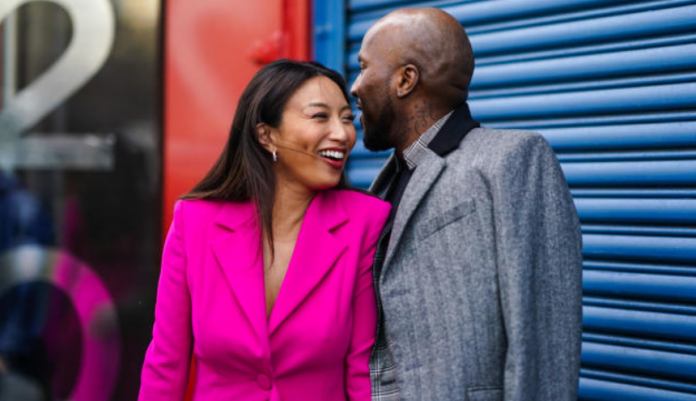 Jeannie Mai has revealed that she is expecting her first child with rapper Jeezy. Jeannie is 42 and Jeezy is 43 and she announced this on Monday on The Real, a daytime talk show.

Jeannie feels that her family is growing and is sharing this with Garcelle Beauvais, Adrienne Houghton, and Loni Love, who are her co-hosts.

Jeannie Mai shared that it was quite difficult to keep this a secret from everyone as they had to reveal so much at the talk show, which included the fact that she was pregnant.

Jeannie debut her baby bump and recalled the time when she did not want to be a mother. Things changed completely when she met her husband, Jeezy.

Her pregnancy feels surreal and Mai added that love can ultimately change a person’s views. She is extremely thankful to be on a show that has helped her grow and evolve and observe things in a different light. She could have never seen things differently if she was by her herself.

Jeannie thanked her co-hosts for their continued support and thought about the moment when she first revealed the news of her pregnancy to them.

She stated that she needed to go home and tell her girls, who have accepted her at every phase of her life. They have been in her ups and downs and have also encouraged her to become a mother. She added that they individually told her that if she was ever a mom, she would be an awesome mother.

The TV personality and “Soul Survivor” rapper, Jeezy tied the knot with Jeannie Mai in Jeezy’s hometown of Atlanta in March, exactly one year after the couple got engaged during quarantine.

Big Brother Is Back With Season 23!

The WILDEST Celeb Dating Rumors That Were DEBUNKED

Online data platform Nansen has picked up Ape Board, the DeFi finance portfolio tracker for a reported 8-figure sum. Ape Boards has more than...

At the biggest Bitcoin event in Miami, Madeira was the focus as one of three new zones that are on the path of adopting...