Home Sports 76ers Have Shown No Interest In A Trade-Off Between Ben Simmons And...

While the deadline day for NBA seems less than a month from now, the Philadelphia 76ers have decided to keep their options open. Their open options are mainly to find a suitable trade for the All-Star disgruntled forward Ben Simmons. However, it does seem like the critics could be discounting a potential blockbuster deal, as the Sixers don’t seem to be much interested in pushing Simmons to the Los Angeles Lakers in exchange for Russell Westbrook- as mentioned by Sam Amick from The Athletic.

No Trade Between 76ers And Lakers

It can be understood why the 76ers aren’t really interested in Westbrook, whose fit alongside Anthony Davis and LeBron James at the Los Angeles Lakers hasn’t exactly been seamless. There has also been speculation that the Lakers could be looking to transfer their veteran guard.

But, as of now, Philadephia is out for the county, as Daryl Morey, the president of basketball operations for the Sixers, has already had a history of trading Westbrook when he served as the General Manager for the Houston Rockets- and he clearly doesn’t seem to be too interested in doing it yet again.

Another reason why the 76ers don’t seem to be interested in Westbrook is that though Simmons is technically better than Westbrook in defense, they operate in largely the same manner on the offensive side of the floor. Both of the players thrive more with the ball in their hands, and neither is very effective in their off-the-ball movement.

It also needs to be understood that neither of them are great shooters who could shoot three-pointers at will. And finally, Russell Westbrook doesn’t seem to be a good fit with the All-Star center for the Sixers, Joel Embiid.

The price put up by the 76ers for Ben Simmons is quite high, which is natural- as the team wants a player who can be the difference-maker for the team.

Amanda Kloots Looks To Rediscover Herself

While the deadline day for NBA seems less than a month from now, the Philadelphia 76ers have decided to keep their options open. Their...

Kevin McCarthy Has Denied To Cooperate With January 6 Committee

Kevin McCarthy, the House Minority Leader, has stated that he would not be cooperating with the request from the House select committee that has... 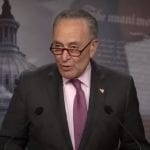 Chuck Schumer has decided to bring out the questions regarding elections and voting legislation to the floor of the Senate in the coming days....

According to a new poll conducted by the University of Quinnipiac, President Biden approval rating went down to 33% in the new year. This...

One of the ex-girlfriends of Matt Gaetz, the Representative to the Senate from Florida, has been seen as a key witness in the sex...