Home Technology A Oneplus Nord Is Headed To The US, Perhaps Powered By The...

It was only last week that OnePlus announced its first OnePlus Nord phone. This recent series of OnePlus is ready to bring another Nord handset in the market in the recent future.

The present Nord is currently available in Europe and India. However, the next model is going to make it to North American markets as well, mentions OnePlus CEO Carl Pei.

He further mentions that the next set is to launch “later this year.”The new handset may feature Qualcomm’s Snapdragon 690, the cheapest processor with 5G. Therefore, word is that the next OnePlus Nord might just be cheaper than the first one.

Sources have dug out information about the next Nord going around with the code name “BE” which could stand for Billie Eilish. Billie won’t be the only singing sensation to be associated though. Nord’s AC models have the “AC” for Avicii! Other features related to OnePlus Nord’s next release are yet unknown. Official sources have not confirmed the launch yet but suggest on its recent release.

While the current OnePlus Nord is a catch because of its reasonable price and other intriguing features, users are looking forward to the next release in the US and other parts as well.

Al Gross Will Not Compete For Atlanta Elections 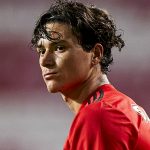