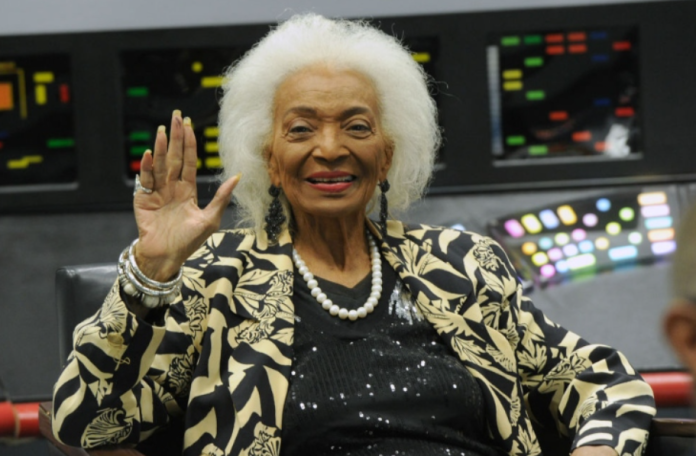 The actress who played Nyota Uhura, a capable and authoritative member of the Enterprise crew, passed away on Saturday night just at age of 89. In the original show and the initial 6 “Trek” movies, Nichols played Uhura. In “Star Trek: The Animated Series,” she provided the character’s voice as well.

Kyle Johnson, Nichelle Nichols’ son, posted a message on the actress’ official Facebook page stating, “Last evening, my mom, Nichelle Nichols, lost to biological factors and passed away.” “Her light, however, will endure for us and subsequent generations to appreciate, learn from, and find inspiration from, much like the old galaxies now being glimpsed for the first time.

One of the very first individuals to show respect to Nichols was her “Star Trek” co-star George Takei, who played Hikaru Sulu in the initial series and movies.

I’ll continue to say about the extraordinary, trailblazing Lt. Uhura of USS Enterprise, Nichelle Nichols, who manned the helm with us, wrote Takei. My eyes sparkle like the stars you are now resting amid, my darling buddy, yet my heart is sorrowful today. Her symbolic ascent further into space is currently continuing. A portion of Nichols’ ashes will journey to deep space on a Vulcan rocket with Celestis, a private firm that launches people’s DNA and cremated remains into space for memorial trips, according to the last week’s announcement by United Launch Alliance, an American spacecraft launch service provider.

Later this year, the first Celestis Voyager Service is scheduled to be live, and it will be known as Enterprise Flight in honor of its travelers.

It will also transport the remains of James Doohan, who played Montgomery “Scotty” Scott in the television series and movies, as well as those of Star Trek inventor Gene Roddenberry and his wife, actress Majel Barrett-Roddenberry.

Barstool Sports’ David Portnoy will be hanging out with Roger Goodell

AMZN Stock Bestowed With A Rating ‘Buy’ By The Analysts