Adam Kinzinger laments his vote against the first impeachment of the former POTUS, which came out when the former President had withheld military aid to Ukraine. And all this was done just to get some dirt on his political rivals which included Donald Trump. In a series of tweets that were posted on Friday, with the Russian invasion of Ukraine continuing, Kinzinger was brutally honest about his sentiments. He stated that there were just a few votes in Congress that he regretted in hindsight. But what his biggest regret was- voting against impeaching Donald Trump.

Adam Kinzinger Wants To Turn Back Time And Impeach Trump

Adam Kinzinger further stated that it was pretty important for every political leader to be transparent and accountable for their actions. The bottom line, therefore, was that Donald Trump had withheld necessary aid to Ukraine just so that he could use it to leverage his campaign against Joe Biden. Needless to say, this was a completely illegal as well as a shameful act, something that was now hurting the defense of Ukraine now.

In his frank series of tweets, Adam Kinzinger also mentioned that he wished he could go back in time and vote for Trump’s impeachment. But he also swore that he would make sure that this never happened again. Alexander Vindman, one of the officials in the White House who was fired for opposing the schemes of Donald Trump, and several others deserved all the appreciation that they should rightfully get.

Adam Kinzinger belongs to a faction of the Republican Party that has announced that they would be retiring at the next election- rather than fact a challenger anointed by Donald Trump. The other Republican who also seems to be facing a challenge is Liz Cheney of Wyoming. She had also voted not to impeach the former President over Ukraine.

Americans Filling Their Taxes Could Be In For A $1,400 Federal Stimulus Check

Analysts have said that Greg Abbott’s decree increasing inspection for trucks moving in from the southern border with Mexico had cost the US around... 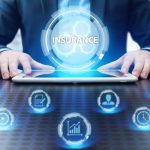 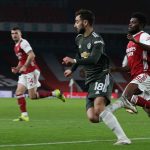