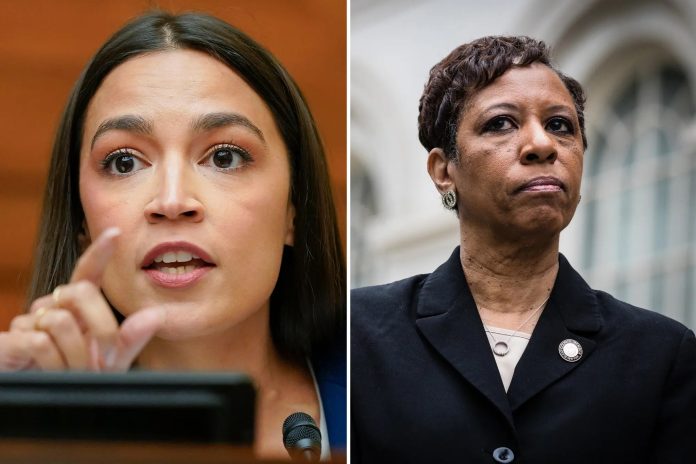 After Queens Congresswoman Alexandria Ocasio-Cortez accused her of “dirty politics” and claimed progressive city members were punished for voting against the Big Apple’s $101 billion budget, Adrienne Adams slammed the left in front of the reporters on Thursday.

During her regularly planned news appearance, an audibly enraged Adrienne Adams made a comment that some federal elected officials forget that a city is not run on Twitter or social media. That opportunity is not available to us.

After news organizations, including The Washington Post, reported that progressive lawmakers who did not toe the party line on the budget were shut out of receiving any grants from a $41.6 million discretionary fund controlled by Adrienne Adams, Ocasio-Cortez made the accusations against Adams (D-Queens) on social media earlier this week.

The battle became particularly heated over a grant to a Boys and Girls Club in Astoria, which had its $150,000 grant reduced to just $75,000 this year. Ocasio-Cortez asked questions about funds. The omission, according to Adams, was an oversight that will be rectified.

Furthermore, Adrienne Adams stated during the press conference that all 51 city council members had received monies from the ‘bonus’ pot, but that those who voted against the budget had their names removed from the list of requests approved for their district.

Instead of the dissident members, the grants were made through one of the Council’s caucus groups. Adrienne Adams informed reporters that the sole sanction in place was depriving the MPs’ ability to claim credit for the awards, while simultaneously claiming that the lawmakers and their constituents were not impacted materially.

The speaker made the statements as she chastised left-wing non-voters, calling them “spoiled.” Adams claimed that it is a punishment to the respective communities to not have their name attached to the allocated funds. However, no pot of district is to be left out of this funding.

Trevor Bauer Accused Of Assault: Dates Back To Earlier This Year

Dolly Parton Recreated Her PlayBoy Cover Of 1978 For Carl Thomas!

Eric Holcomb- A Far Cry From The Republican GOP