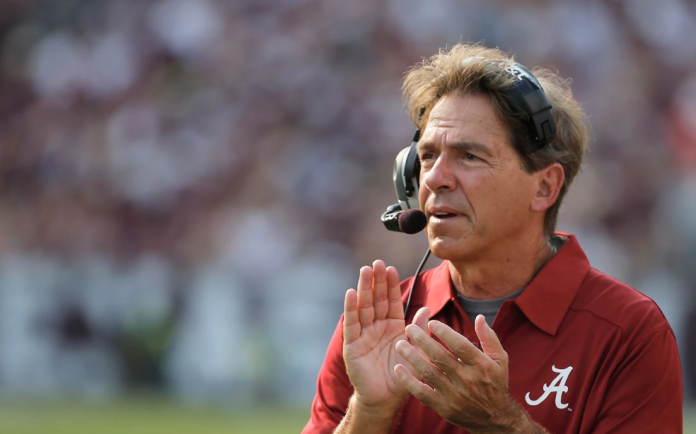 Harrell’s move has been equated with free agency seen in college football by detractors. Scott Satterfield even went so far as to accuse Alabama of tampering, though he admitted that there was no way for him to prove it.

Nick Saban responded on Wednesday to the charges. He categorically denied that his team tampered with anyone. He denied any knowledge of anybody or anything tampering with the transfer of Harrell.

He said that he did not think that anybody had tampered with the transfer results. Saban said that it was natural for people to wonder when such things happen.

Under the latest regulations, teams under NCAA are disallowed to contact any player till they have entered the transfer portal.

Satterfield went on to say that it was not the first time that it had happened. He said that even last year, a few players had rushed to join the portal, announcing the very next day that they had their new team. It strengthens the suspicion that things happened before they had entered the portal, he said.

Harrell had an inspiring season with Louisville in 2021 with an impressive career-best 18 passes for 523 years and an average of a remarkable 29.1 yards a reception.

Nick Saban has by now added numerous transfers in the off-season including WR Jermaine Burton from Georgia and RB Jahmyr Gibbs from Georgia Tech.

Nick Saban himself has voiced caution about the portal and said that while he was for adequate player compensation, he was against players being permitted to move across schools without consequences. He liked the current system in college football to buying star players.

Julio Jones Traded With Tennessee Titans By The Atlanta Falcons