One wish will soon be struck off of the wishlist of many doctors, researchers, and patients worldwide – a simple blood test to diagnose Alzheimer’s disease. The studies have been presented virtually during the Alzheimer’s Association International Conference 2020, this week.

This particular blood test can detect the Tau protein -present in the blood of Alzheimer patients. It is as accurate as the present alternatives of detecting Alzheimer’s, namely the spinal tap and the PET scan.

This research has been cited as a breakthrough as it can also detect early forms of Dementia along with differentiating between its different types.

Since the blood test will be way cheaper than the present expensive tests, the general public will be able to afford it which will in turn help in early detection and treatment of the disease.

However, scientists say further research is required into this subject and these certified laboratory tests will hopefully be available in a few years.

Maria Carrillo, chief medical officer of the Alzheimer’s Association said “It is very exciting, because we all know that blood tests are really important and they’re necessary as a first pass in the clinic, in your general practitioner’s office.” This research will also help scientists find tests for similar diseases like Parkinson’s. 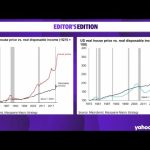 Investors are scooping up more real estate than any other type of buyer in Canada, including first-time home buyers. "A sudden influx of investors...

While Jim Harbaugh got a lot of praise after Michigan’s upset with Ohio State, it was John Madden’s text message which elevated the mood....

Manchester City is looking like a true champion side. They are the team to beat this season. The team looks to get stronger with...

Manchester United did not perform up to their expectations last night. It was one of the biggest clashes in the English Premier League. They...

No Way Home: Tickets Are Out Now!

No Way Home would be one of the biggest releases of Marvel. After Avengers Endgame, this might be the movie that will make Marvel...