Anthony Gonzalez is a Republican official from the state of Ohio. He played a crucial role in Donald Trump’s impeachment. He was among one of the protagonists in voting Trump out of power. Gonzalez has surprisingly pulled his name out for the 2022 elections. This came as a shock as Anthony Gonzalez was being considered one of the favorites to win the re-election. Gonzalez has served as the representative of Ohio in the 16th Congressional District. Anthony was also a famous footballer. He was selected as a draft by the Indianapolis Colts in the Drafts of NBA in 2007. Let us take a deeper look at the probable explanations of his decision.

The decision taken by the Republican came as a shocker to many. With the reelection around the corner in 2022, he pulled out of the race. Gonzalez blamed conflicts within the party that made him take such a decision. The politician stated that the main reason was his family. He wanted to spend more time with his family. Gonzalez stressed the importance of having a healthy ratio with one’s family.

However, he also did not rule out the possibility of an interim conflict. He admitted that the atmosphere inside the party has become very toxic. Gonzalez thanked everyone who allowed him to serve society. He also expressed his joy for being able to work for a noble cause.

Anthony Gonzalez had earlier questioned Trump’s policy regarding January 6 attacks. He stated that a more responsible approach was being expected from the President. Gonzalez felt that Trump could have taken enough measures to thwart the Capitol riots. The Republican Party of Ohio expressed their disappointment with Gonzalez. They also rooted for the resignation of the politician.

Digging More Into The World Of Cryptocurrency And Knowing About It.

Harrison Ford Has Been Injured On Indiana Jones Set

Kay Ivey Blames Unvaccinated People For The Latest Outbreak in 2021.

Travis Scott Shows His Philanthropic Side By Helping HBCU Students

This is Trump’s greatest trick

Former President Donald Trump maintains strong support among Republicans even though the party suffered significant losses in both the House and Senate during his...

Manchester United’s owners, the Glazer family, as well as executive vice-president Ed Woodward and director Richard Arnold, will celebrate the team's 2-0 win over... 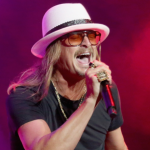 Kid Rock went a little wild with his latest music video release. In the single Don’t Tell Me How To Live, he has interesting... 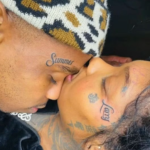 Summer Walker has made permanent her romance with LVRD Pharaoh, the rapper. They have sealed their love with something more permanent than a kiss,...

Keanu Reeves Addresses Rumors Of His Marriage To Winona Ryder On The Sets Of...

Keanu Reeves has addressed news of his marital status after rumors surfaced that he is married to Winona Ryder. During the shooting of Bram...