Anya Taylor Joy just received her first-ever Golden Globe! The 2021 Golden Globes took place on Sunday, the 28th of February. During the occasion, the 24-year-old actress won the coveted “Best Actress” title for a television-film or miniseries. The nod was a result of some brilliant acting from the actress in the widely popular show The Queen’s Gambit. The other actresses nominated in the same category were the incredible Nicole Kidman, Cate Blanchett, Shira Haas, as well as Daisy Edgar-Jones.

Anya Taylor Joy stole the show with another nod at the awards. But this time the best actress was won by another nominee. The role for which she was nominated was “Emma—” which has gained widespread critical acclaim. The category was for musical or comedy motion pictures. She lost the title to actress Rosamund Pike— who won for “I Care A Lot.” For the ceremony, which was mostly online, the beautiful actress was made ready by Law Roach. She stunned everyone watching with Jewels by Tiffany And Co. and a Dior gown of Haute Couture of emerald green.

Anya Taylor Joy took her to look up a notch when she wore a checkered “chess-inspired” manicure. The nail-art was inspired by her show, for which she took home an award that night, The Queen’s Gambit. The perfection of details made her look even more flawless. She plays an orphan in the show who is a brilliant chess player and aims to pierce through a male-dominated field. It is set mostly throughout the 50s – 60s. Her role is a fictional version of Beth Harmon.

She thanked Netflix, the showrunner, for her award. Anya Taylor Joy further said that she was glad “everyone” had seen the show. And then went on to say that she would play this role “again & again & again” as she had learned a lot.

The Lost Symbol To Air On NBC 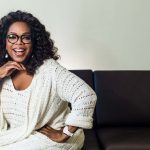