Home Entertainment Bad Bunny Ranked No. 1 In The List 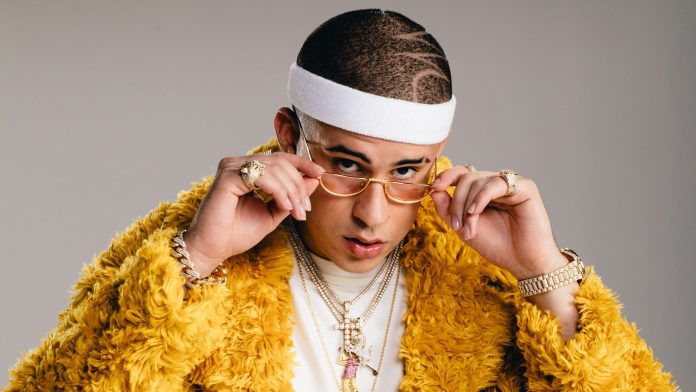 The 28 years old Puerto Rican singer and Rapper, known as Bad Bunny. This is the third time in a row, he ranked first worldwide. The most streamed artist and songs.

Bad Bunny Is The Most Streamed Artist Globally

Like every year Spotify has released yearly wrapped music albums, for every Spotify user. This is something unique and exciting and shows insights into your music taste throughout the year. Not only does it show personalized song lists to its users, but also Spotify collects data on most streamed artists, songs, and podcasts. And for the past three years, Bad Bunny has been nailing it.

He is on the top since 2019. He has more than 18.5 billion streams this year, beating everyone including Taylor Swift and Drake. Bad Bunny’s album Un Verano Sin Ti ranked as the most streamed album this year worldwide. And his song Me Porto Bonito ranked third on the list globally. Since last year Bad Bunny has doubled his streams. His album Un Verano Sin Ti was released this year in May and since then it’s been the most played album. This album was followed by YHLQMDLG IN 2020, and this supposedly represented a new era in his music. Bad Bunny is also the most viral artist globally.

Not only Bad Bunny, but Taylor Swift is also standing second in line of most stream artists, irrespective of male or female.Not only that she does earn the position of the most streamed artist of the day. She recently released the album ‘Midnight’ and scored the most streamed album of the day. Taylor Swift has always been the heartbreak savior of young women, her lyrics not only uplifted moods but saved many from taking their own lives, and motivated billions across the world.

Drake is third in the queue fourth is The Weekend and fifth is the Korean boyband BTS.