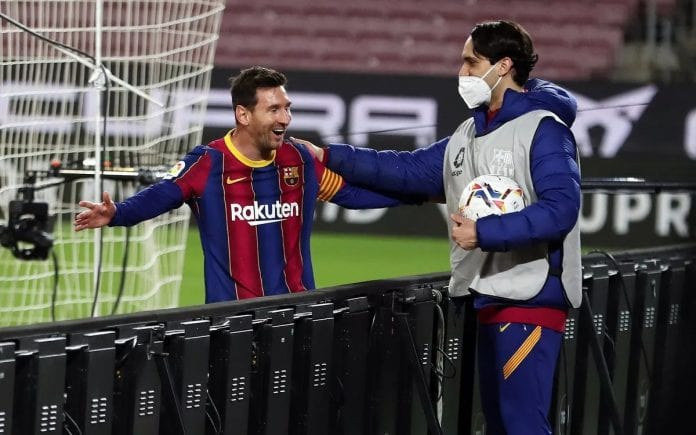 Barcelona is firmly in the driver’s seat in the race for the La Liga. A 5-2 scoreline at their home ground over Getafe ensured that. They were nowhere near their finest and both the goals conceded were downright silly. But the goals came at the right moment their way for ensuring full points at Camp Nou. And Messi was there as always to inspire them.

Getafe seemed to have a single agenda from the start; to play anything but football. The back four seemed more of a rear six as the visitors packed the defense. They posed no threat to the defense and the beauty of an opening goal from Messi threatened to open the floodgates. But Barcelona conceded a silly goal at the other end through a Lenglet’s own goal. It was Getafe’s only attack in the entire first 45 minutes.

Barcelona concentrated on breaking down the Getafe defense for the remaining half. A blundering own goal from Sofian Chakla broke the impasse. They regained their poise and tempo and Messi was there again to increase the tally. The first 45 minutes were all about the home team trying to engage in football and Getafe resorting to negative tactics.

Koeman rested Pique and Lenglet and moved De Jong to the central defense. It was enough to unnerve Barcelona. They lost their zip in possession. The attacks broke up in the last half. Barca seemed to have lost their energy in attack. The penalty was a result of this lethargy. Araujo made amends for his earlier blunder and scored from the near post from a Messi corner.

Antoine Griezmann made it 5-2 from the spot to seal the win in stoppage time. it was quite comfortable in the end for Barcelona.

Christian Pulisic Will Miss The WC Qualifier At El Salvador