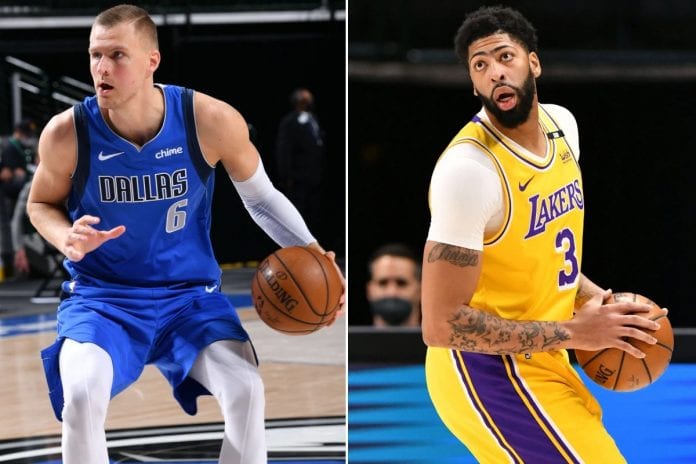 The Los Angeles Lakers last met the Mavericks on Christmas. And a month before the playoff the Lakeshow fans were in for a disappointment as their team went down 115-110.

Anthony Davis was back after the Achilles tendon issue. He seemed happy to be back among his teammates. 13 minutes into the game, it appears Davis was back for the Lakers with his signature jump.

Dennis Schroder with 25 points and 13 assists was all precision and poise tonight. He played with vision throughout. He performed as a playmaker and shot generator and was the workhorse for the Lakers. His comeback in the third quarter was notable as he was there to lead his team.

Matching performance with Dennis was Caldwell-Pope with 29 points. He is matching his nickname, KC3. He got 50% of his points from the 3-point arc. He was also perfect in his shooting from the free-throw line.

Andre Drummond marshaled the defense. With 14 points and 19 rebounds, he was great from the line. He contributed close to 50% of the total rebounds (45). It was for him that the Lakers were on top of the Mavericks at the rebound.

But too many turnovers and fouls led to this game slipping away from Los Angeles. The number of turnovers was 8 more than the Mavericks. And the fouls numbered almost double.

Davis was happy to be back again. Los Angeles now awaits LeBron’s return to court after recovering from his right-angle injury. There are 13 games to go before the Playoffs. Marc Gasol wasn’t there for the Lakers for the third consecutive game having suffered a broken ligament in the left pinky finger.

The Mavericks (32-26) are now tied for sixth place with Portland in the Western Conference. Dallas has moved to within 2 ½ games behind the Lakers (35-24) for fifth place. The teams meet again in Dallas on Saturday night.

Mitch McConnell Comes Up With A Solution