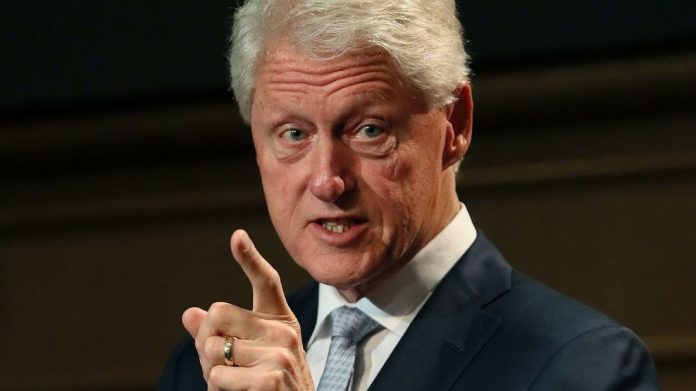 Bill Clinton, former American President, was in the hospital for a mild urinary tract infection. He was admitted to the Irvine Medical Center in California for a non-COVID infection, according to Angel Urena, his spokesman.

Urena wrote that he was improving and remained in excellent spirits. He said that Clinton was thankful to the medical staff for excellent medical care.

Bill Clinton was admitted after he felt weak and fatigued. The doctors detected an infection spreading to the bloodstream. His physicians Lisa Bardack and Alpesh Amin said that Clinton was there primarily for monitoring and was administered intravenous fluids and antibiotics.

Bill Clinton To Be Discharged Soon After Successful Treatment

He was continuously monitored at the hospital. His doctors said that there has been a downward count in his white blood cells indicating a fall in the infection. He was responding well to antibiotics after two days of treatment.

They said that he can expect to go home soon. Clinton was in intensive care primarily for the sake of privacy.

Bill Clinton was the President of the United States from 1993 to 2001. The Democrat politician had health issues in the past also. He underwent quadruple bypass surgery back in 2004. In 2010, he underwent a procedure to implant two stents in his blocked heart. His current stay is not linked with any heart issue, sources informed.

Clinton had a tumultuous relationship with the Republicans. He was impeached in 1998 for his sexual relations with a White House intern. He was acquitted by the Senate a year later.

Bill Clinton was known for his ability to connect with people and his knowledge of policy issues.

Bill Clinton campaigned for his wife Hillary in the 2008 and 2016 elections. She lost the Democratic nomination in 2008 and narrowly lost to Donald Trump in 2016.

The Rockets Were Beaten By Mavericks, 116-106, Kidd Makes His Home Debut