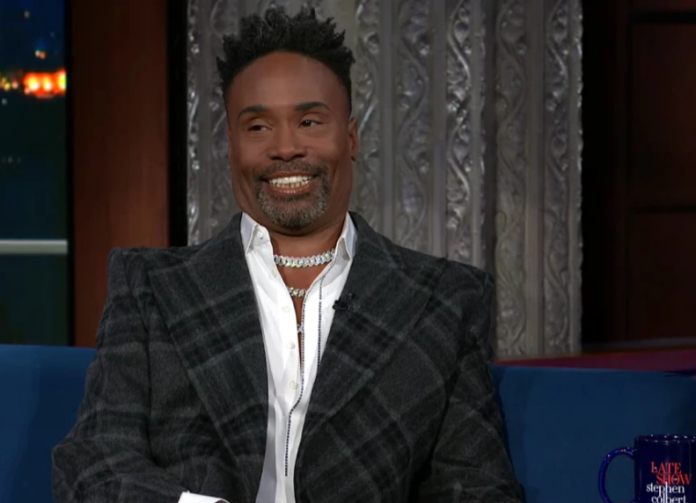 Billy Porter came on The Late Show with host Stephen Colbert, where he was asked about his comments on Harry Styles’ Vogue cover.

Styles made history when he became Vogue’s first-ever solo male cover star but made bigger waves as he did it wearing a full-length gown, which had fans praising him for breaking down barriers of toxic masculinity.

Billy Porter Criticism Has A Deeper Meaning To It

Billy Porter had criticized the cover and stated that he was the first one to do this and now everybody was into it. He added that Harry Styles did not care, he just did it. This was political for Billy and he deemed it to be his life.

Porter also shared his feelings in the interview and said that he had to fight to get to the place where he could wear a dress to the Oscars. All Styles had to do was to “be white and straight”.

Porter was extremely surprised when his comments blew up as he believes that there were more important things on the planet to talk about. This is when he issued his official apology to Harry.

He stated that he was sorry to take his name and added that the conversation was not about him. The conversation was way deeper than that and was about the system of oppression and erasure of colored people who contributed to the culture. He talked about the cancel culture on the Internet and stated that he would never adjudicate his life in “sound bites” on social media.

Porter then concluded his statement on a lighter note, being his typical humorous self, and stated that he meant no harm to Harry. He was a gay man and obviously liked Harry and found him cute.

Disney Genie Introduced As The Passes Gets Scrapped