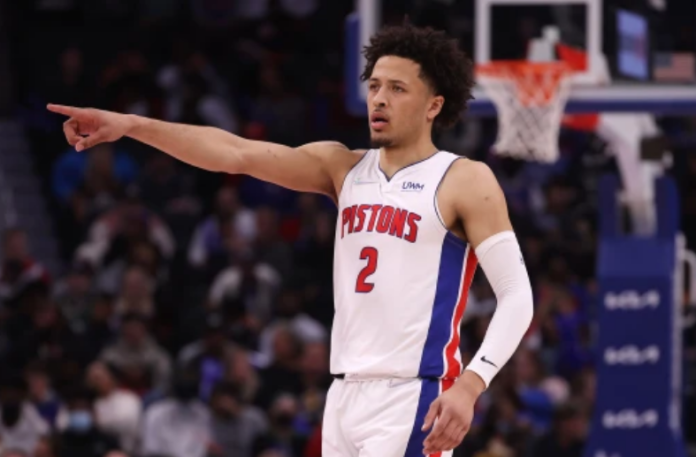 Cade Cunningham has been ice cold in the first 3 games but has made a major impact in several ways.

If Cade Cunningham manages to stay healthy, he will be having a long and productive NBA career. There was a reason behind him being the No. 1 overall pick in an extremely loaded draft this July. His skill set is seen to be tailor-made for modern basketball.

Cade Cunningham Is Having A Cold Shooting Season

Keeping these things aside, he has been off to one of the worst shooting starts in NBA history.

After going 4-for-17 from the field in the Pistons’ 109-98 loss to the Philadelphia 76ers on Thursday, Cade Cunningham is now 7-for-39 from the field in his first three NBA games. The 17.9% clip is the worst for a rookie with at least 30 field goal attempts in his first 3 games since the NBA/ABA merger in 1976. He is over two percentage points worse than the previous mark of 20% from former Dallas Mavericks center Shawn Bradley.

Jordan Poole from Golden State and Jalen Suggs from Orlando has rounded out the list.

Cunningham has been especially cold from 3-point range, where he’s gone just 1-for-21 to start his career after shooting 40 percent on 5.7 attempts per game in his only season at Oklahoma State. Casey said he has made an effort to put the ball in his prized rookie’s hands more, and he’s been pleased with the results.

Cade has stated that he feels pretty good with the ball at his hands but had not been efficient with it in his first 3 games. He is doing his best to get more comfortable. The team is also encouraging him to push on and he will stick to that until they fall.

US recovers millions in cryptocurrency paid to Colonial Pipeline hackers

Belfort vs Holyfield: Holyfield Defeated Via TKO In First Round