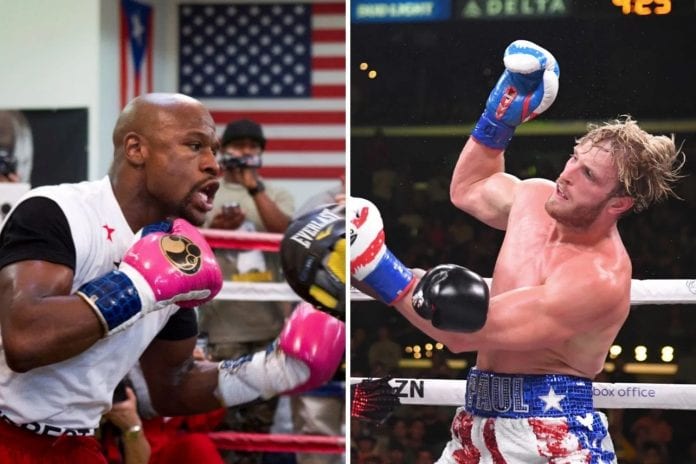 Boxing legend Floyd Mayweather and YouTube star Logan Paul are set to meet in Miami in an exhibition. The boxing match has been scheduled for June 6. The fight was scheduled for February but got postponed and will be held at the Hard Rock Stadium.

The American has an enviable all-win career record of 50-0. He retired before but came back for some famous bout, including his 2017 win over UFC legend Conor McGregor and the unusual fight against kickboxer Tenshin Nasukawa a year later.

Logan Paul And Mayweather: A Mismatch In Reputation

Logan Paul had only one professional bout in 2019 where he went down against KSI, a fellow YouTuber. They had drawn the previous bout.

May weather’s perfect career started way back in 1996 that ended with his bout against McGregor.The scheduled bout against Logan Paul had to be postponed because the pandemic restrictions could not allow a full house.

The stadium is the home ground of the Miami Dolphins. Their bout is set to be a pay-per-view. It can be viewed on Fanmio.com. It’s a site famous for its one-to-one chats between celebrities and their fans. The event is also being organized by Mayweather’s own setup.

The bout is being promoted more as an exhibition. So the enormous difference in size between Logan Paul and Mayweather will not be much of a problem. The former weighs in at 68 kilograms while Mayweather is a massive 90 kilograms. Logan Paul is taller at 188 cms against Mayweather’s 173 cms.

The sound bite highlights the deep difference between the records of the two fighters. Mayweather is a boxing legend over five divisions and 12 championships. He is up against a media sensation with no standing in professional boxing.

It promises to be a money-spinner but will be a farcical fight. It is similar to the Tyson – Roy Jones Jr fight, with both returning from retirement for a tame six-round bout.

Elective surgeries set to resume, with complications and concerns

Anderson Cooper announces the birth of his son Wyatt: ‘Our family continues’