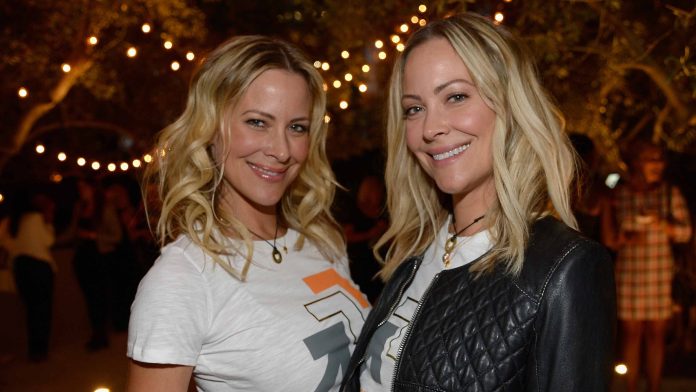 Cynthia and Brittany Daniel have shared everything as they were identical twins and nothing has changed to date.

In an interview with People Magazine on January 5, the twins revealed that Cynthia had donated her eggs to her sister Brittany after a battle with cancer and chemotherapy left her unable to have a viable pregnancy.

The identical twins became famous on the hit show “Sweet Valley High” in the 1990s. Brittany Daniel learned that she would not be able to bear her own children after she was diagnosed with stage IV non-Hodgkin’s lymphoma.

Without hesitation, Cynthia decided to donate her eggs to her sister so Brittany could welcome her daughter Hope with her husband Adam Touni on October 24, 2021.

“I saw it as such a simple gift I could give to her,” Cynthia explained. “I know Brittany would do it in a split second for me. And we’ve always shared everything, so why not this?”

After their days on the “Sweet Valley High”, the sisters had diverged. Cynthia chose to focus on settling down and starting her own family while Brittany pursued her acting career. Everything changed in an instant when Brittany Daniel was diagnosed with cancer and went through a difficult recovery.

She admitted that she remembers thinking that she had a new lease on life.

“I was ready to find a partner and have a child.”

After three unsuccessful rounds of in vitro fertilization (IVF) using her sister’s eggs, Brittany began to lose faith in her desire to become a mother.

“I thought I might have to wrap my head around not being a mom in this lifetime,” she remembered. “I fought so hard to get there, and I was so scared it wasn’t going to happen.”

Although Brittany is thinking of expanding her family creating another embryo using Cynthia’s eggs, for now, she described motherhood as “beautiful”.

She concluded. “It’s better than I ever thought it could be. My sister made my dreams come true.”

Stimulus Checks: How to check on the status of where your stimulus relief money...