Home Politics Nicolas Kristof Found Not To Meet The Residency Requirements To Run For... 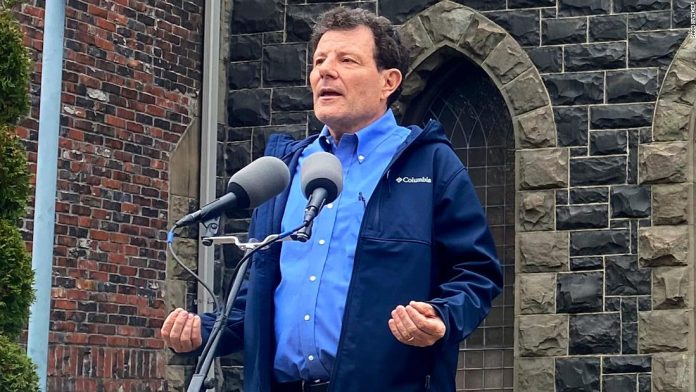 Nicolas Kristof does not meet the residency requirements to run for governor in Oregon, as stated by the state Elections Division on Thursday.

Oregon’s state constitution states that a candidate must be “a resident within this state” for three years prior to an election. For Nicolas Kristof, that period began in November 2019.

“The rules are the rules and they apply equally to all candidates for office in Oregon. I stand by the determination of the experts in the Oregon Elections Division that Mr. Kristof does not currently meet the Constitutional requirements to run or serve as Oregon Governor,” Oregon Secretary of State Shemia Fagan said in a statement Thursday.

Nicolas Kristof Will Challenge The Decision

Nicolas Kristof later stated on Thursday, that he would challenge the decision.

“The Secretary of State has attempted to remove me from the ballot in this year’s governor’s race. This is a decision grounded in politics, not precedent. The law is clearly on our side. Our campaign will challenge this decision in court, and we will win,” he said.

Nicolas Kristof is able to file an appeal ahead of the March 17 ballot deadline, the Oregon Elections Division said.

The division explained its decision in a letter sent to Kristof.

“After reviewing your candidacy filing, and the additional information you provided, we have determined you do not meet the qualifications to be a candidate for Oregon governor in 2022. We appreciate your campaign’s cooperation in responding to our inquiries, and we did not make this decision lightly,” compliance specialist Lydia Plukchi and elections director Deborah Scroggin said in the letter.

The Oregon Elections Division said that when verifying residency, it starts with a review of a potential candidate’s voter registration history, which showed Kristof has been registered to vote in Oregon since December 28, 2020.